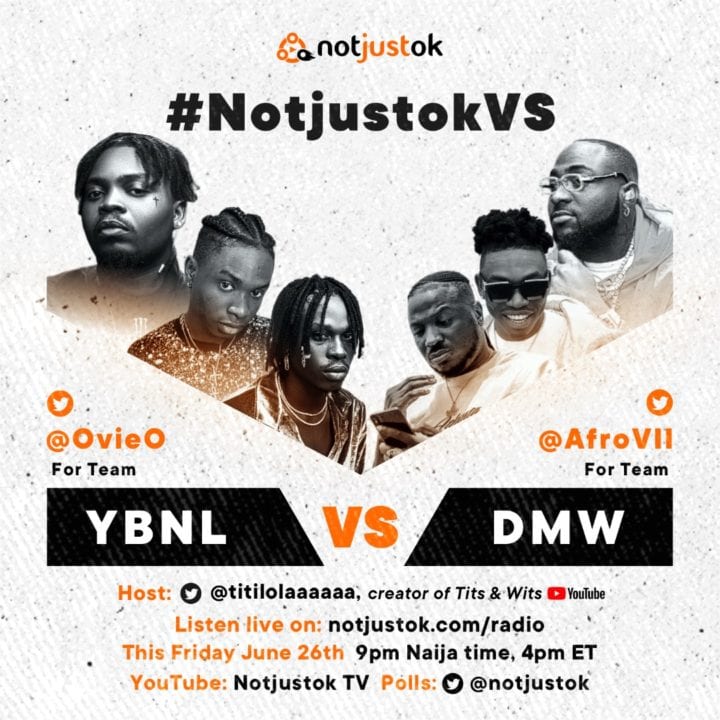 Overview of YBNL VS DMW

The 6th edition of #NotjustokVS is a huge one! In the better part of the last decade, these 2 labels have produced some of the biggest stars and biggest songs in Nigeria. Both spearheaded by undoubtedly 2 of the biggest artists of the 2010s, - Olamide and Davido - it's YBNL VS DMW!

For Team YBNL, we have @OvieO on deck.

For Team DMW, we have @AfroVII on deck.