Nigerian Youtuber Korty has revealed how she inspired Buju to make the song 'Never stopped' off his new project. 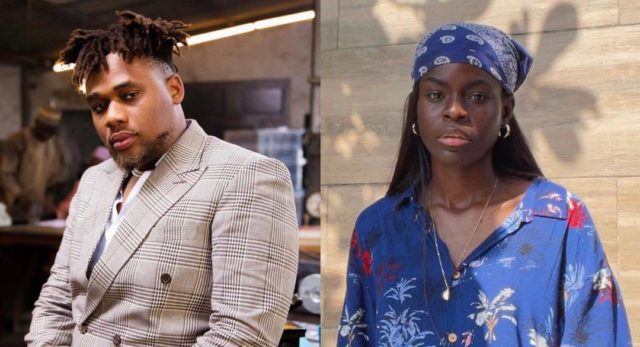 Nigerian Youtuber Eniola Korty Olarenwaju, popularly known as Korty EO, has revealed how she inspired Buju to make the song 'Never stopped' off his new project.

The 22-year old ace youtuber today, October 28th, 2021, took to her Instagram stories to share a voice note from Buju last year, where the singer, songwriter, and performer said that he watched one of her YouTube videos and got inspired to pen a song.

The Afro-fusion act went on to sing what he had penned down, and it turned out to become the hook to the second song off his recently released EP titled "Sorry I'm Late."

Listen to the Voice note below

The buzzing singer who today, October 28th 2021, released his project titled "Sorry I’m Late", in anticipation, had served an appetizer for his fans before the main course meal by releasing the song 'Never Stopped"

The mid-tempo afro-fusion tune produced by talented Nigerian beatmaker and sound engineer Timi Jay themes around Buju's urge to forge further in his musical career, and it's off Buju's 7-track Project which features Nigerian highlife duo, The Cavemen, withproduction credits from the likes of Timi Jay, Rexxie, Denzl, Perlz, and frequent collaborator, Steph.