Foremost vocalists T-Pain and Wande Coal have a new song and the snippet sounds hard! 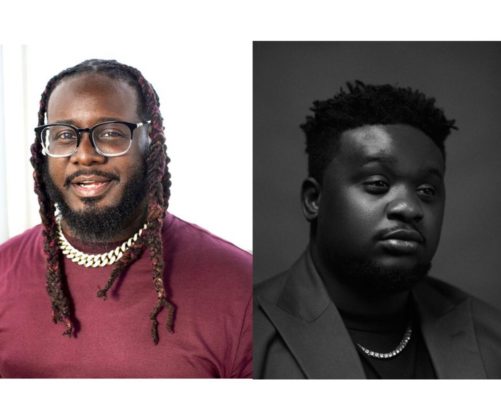 The duo had earlier hinted that they have a song together yesterday on the 3rd of September 2021, via twitter. In a new video that just surfaced, T-Pain, previewed his verse in the song via his Twitch platform.

In the back story, Nima Etminan, Vice-President of EMPIRE distribution, which Wande Coal is signed to, had sent the song to T-pain, who rendered his verse on it and, as a matter of fact, added some new baselines to the song.

Playing the song for Nima on Twitch, the excited T-Pain gave himself credit for his verse in the song, further urging the Empire boss to link him up with Wande Coal so they could relate personally.

The Afrobeats tune is produced by Nigerian ace producer Kel P, and knowing T-pain as being the king of Auto-tune and Wande Coal as being the King of Falsetto, it is just right to predict a smash hit ready to be delivered by the duo.

Listen to snippet below