We Might Be Getting A Wande Coal And Don Jazzy Collab, Here’s Why

Wande Coal and Don Jazzy are back in the studio, probably making music and there's a video of this encounter that will make music lovers very excited. 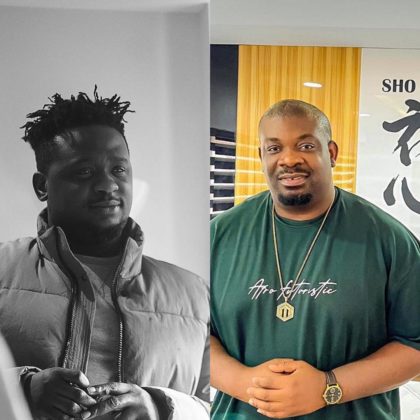 Don Jazzy posted this video of himself and Wande Coal back in the studio via his Instagram page on Sunday, the 30th of May 2021. In the video, they are seen having a good time during what looks like a studio session. Don Jazzy hails Wande Coal calling him "Black Diamond" while the singer reciprocated with "Don Baba Genius!". Don Jazzy wrote on the Instagram post, "King Coal is in the studio. 🙌🏽 @wandecoal". 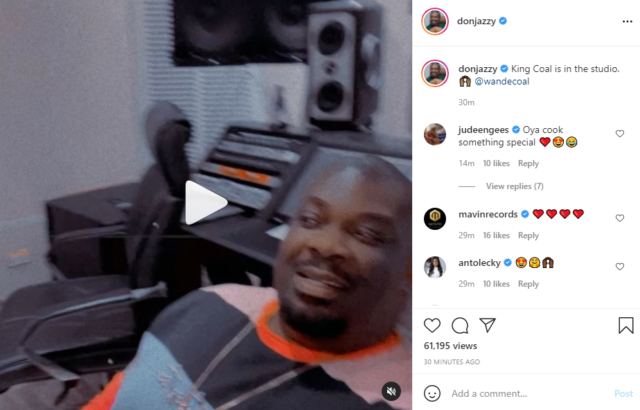 Don Jazzy and Wande Coal working in the studio again is sure to get a lot of fans excited as there is still a lot of memories from their time together at the now-defunct Mo'Hits squad where they teamed up on timeless hits like "Pere", "Booty Call", "Bumper to Bumper" and so much more. They also worked together for a brief stint after at Mavin Records, famously putting out the hit record, "The Kick" together.