“Everyone I Dated Knew About My Marital Status” - Don Jazzy | WATCH

Mavin Records boss, Don Jazzy has opened up about his relationship life saying everyone he has dated in the past knew about his marital status. 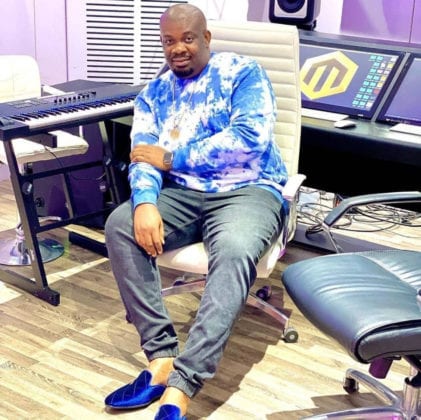 Don Jazzy speaking in an interview with BBC News pidgin on May 2, said his marital status wasn’t known publicly despite everyone he dated knew about it. According to him, no one felt the need to go around telling people about his marital status.

Don Jazzy further shared his opinion on marriage, he said he sometimes wonders if we are supposed to get married as he is so much into his music and job now and that is the major reason why his first marriage didn’t work out aside from the fact that he married at a very young age.

The Mavin Records boss also added that no one is currently pressuring him to get married since he let the cat out of the bag in respect to his failed marriage. Also, Don Jazzy stated that he doesn’t have a child anywhere that he knows off.