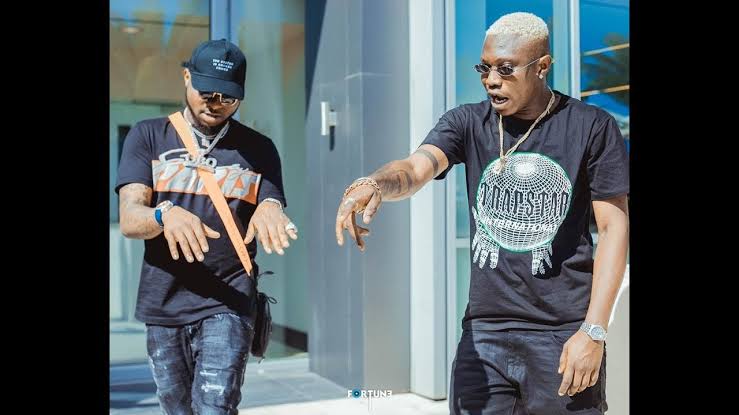 In the early hours of Tuesday, the 15th of October, Davido gave Zlatan a customized neck chain with a 30Billion Gang diamond pendant in Atlanta. The Fall singer has reportedly deposited the sum of $100k (N36million) to buy customized jewelry for Zlatan, Skibii and seven other members of his 30Billion Gang.

A video of the moment Davido gave Zlatan the chain circulated on Instagram with an elated Zlatan expressing his gratitude and pledging his friendship to the singer and his group. Zlatan who was earlier spotted with Davido and his father had attended the 40th birthday of Davido's elder brother who celebrated his 40th.

Zlatan was not the only beneficiary from this giving exercise as Davido also gave Skibii a pendant with his name crested and gave 30BG championship rings to the other seven members of the 30 Billion Gang.

Davido's championship 30BG ring is said to have 696 diamonds and according to the singer's famous Jeweller,  Zaheer of Icebox diamond and watches, who sells this customized luxury jewelry to Davido, this jewelry is the jewelry with the highest stones he has ever made.

Tag that #OBO in your circle who can spend his money to make you look as fresh as him... ?? #afrobeats #dance #Davido #Notjustok

Check out other Related contents