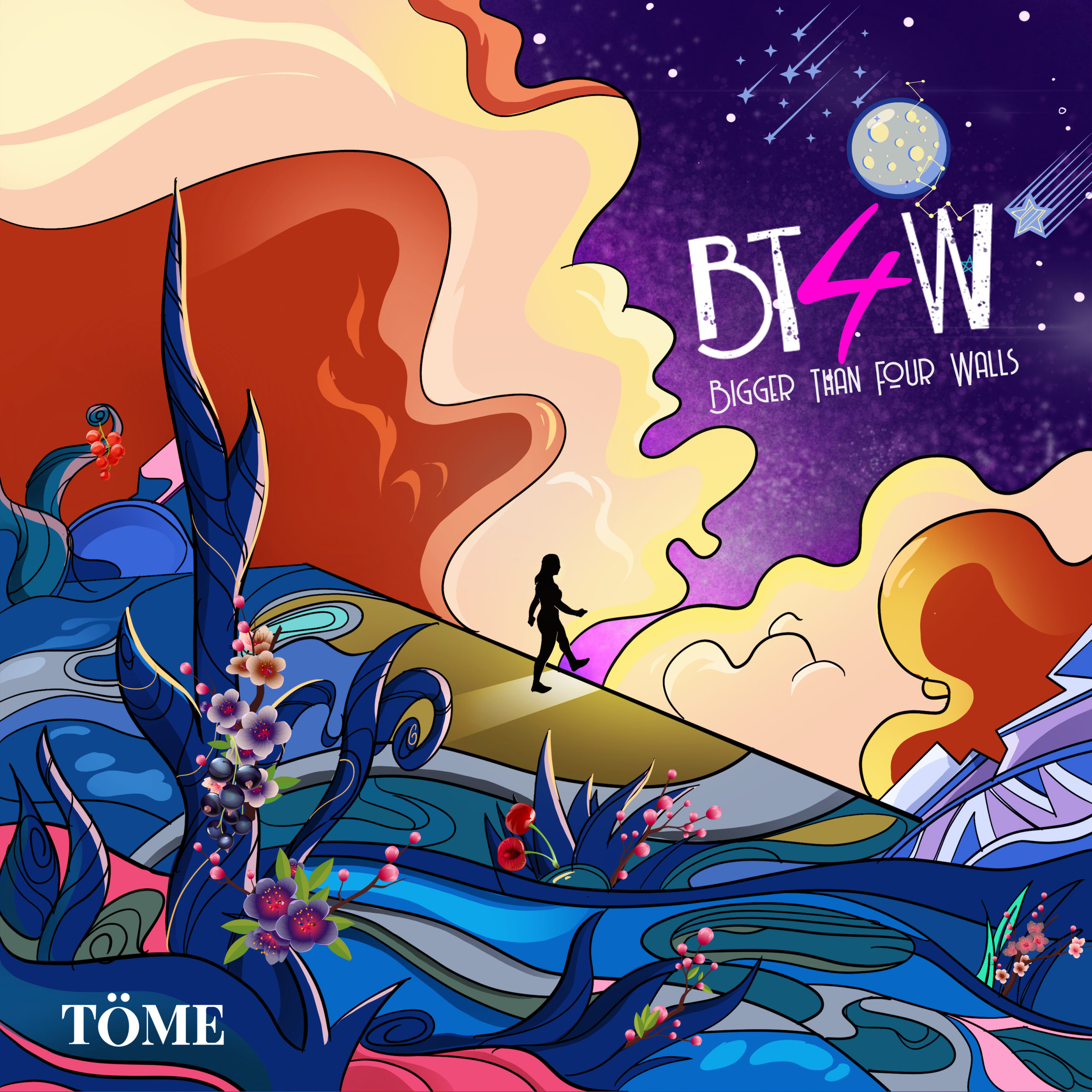 Following her illustrious 2019 run which saw her open for Wizkid in Canada, share the stage with Burna Boy at his historic Wembley Arena concert in London and tour Europe with Mr Eazi, Canadian-Nigerian-French singer and songwriter, TÖME offers her sophomore album.

The 10-track tape which accommodates contributions from Nigerian pop stars; Runtown, Zlatan and neo-alternative artiste, Wavy the Creator and Ghana’s King Promise is dubbed Bigger than 4 Walls: Chapter 2. BT4W is a sequel to her debut album, Tomesroom: Chapter 1 and a furtherance of her sonic ambitions.

The genre-melding project embodies more sound, more colour and space than was offered in the prequel but maintains her African core, solidifying TÖME as an Afro-fusion artiste.