For Seun Kuti’s active participation in the EndSARS movement, the NPF threatened to lockdown the Afrika Shine if the management permits the singer to hold his gathering on Tuesday 17th of November 2020. 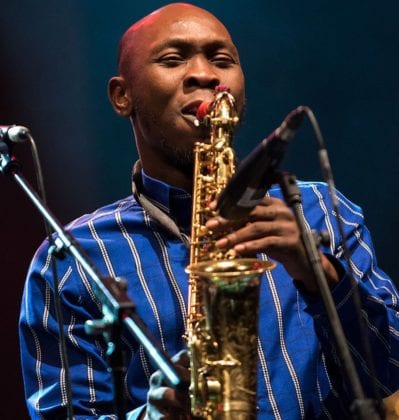 The Nigerian Police Force had written to the management of the Afrika Shine not to allow Fela’s youngest son, Seun Kuti hold his meeting because it would be tagged a deliberate action to sabotage the transition and restoration of the peace of Lagos State. A part of the letter reads:

I write under the corporate Social Responsibilities and your precedented support to Alausa Police station about the Mass Meeting of a movement of the people tagged #EndSARS movement: Lessons and Task which is to emerge on Tuesday, 17th of November 2020 by 12 noon. Venue: Afrika Shrine, Ikeja, Lagos State.

With respect to his family's decision, Seun Kuti’s meeting at the Afrika Shrine wouldn't be holding as planned but still, he pledged to go ahead with all other organizations to launch the MOVEMENT OF THE PEOPLE and start a political resistance to the tyranny of this oppressive regime. In his words:

I respect my family's decision not to hold the event as it is but I will go ahead with all other organizations to launch the MOVEMENT OF THE PEOPLE tomorrow and start our political resistance to the tyranny of this oppressive regime. 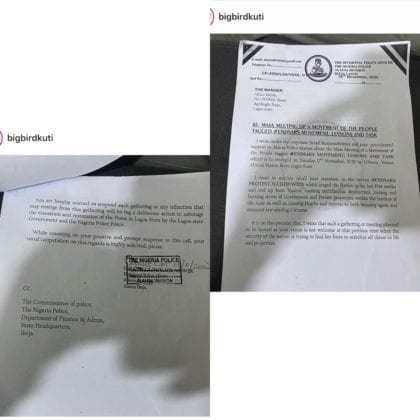 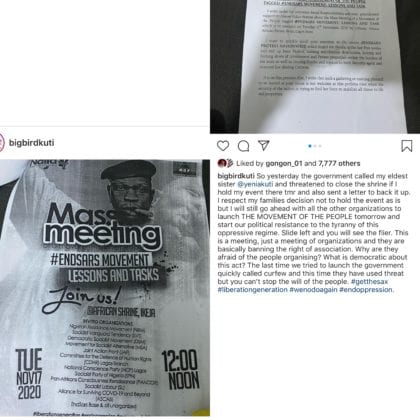