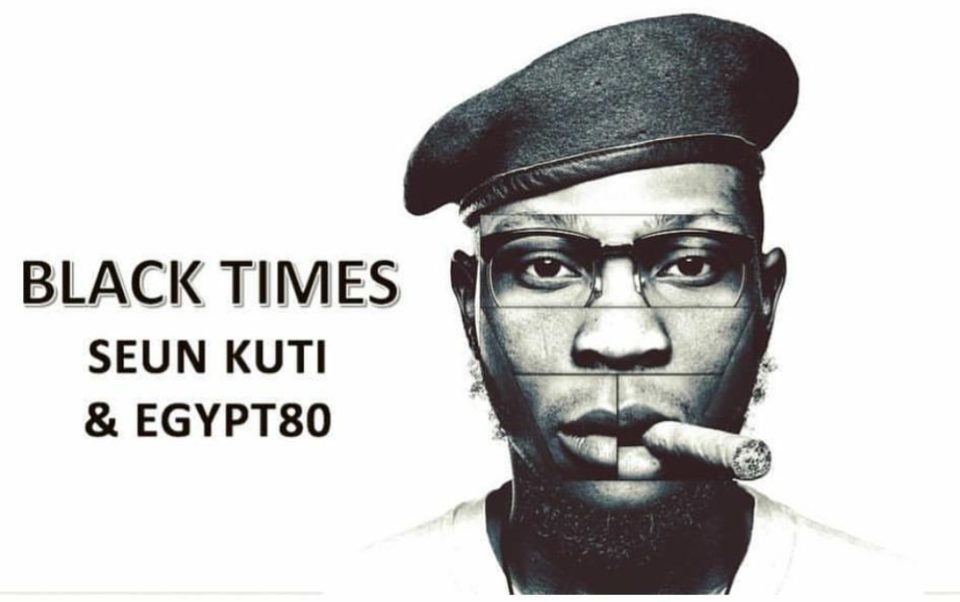 The fourth studio album by Seun Kuti, Black Times, has been placed among records that are being considered for nomination at the 2019 Grammy Awards which will take place in February 2019.

The singer made the news on the 26th of October via Instagram where he informed friends to do the needful and vote for the nomination of the album. 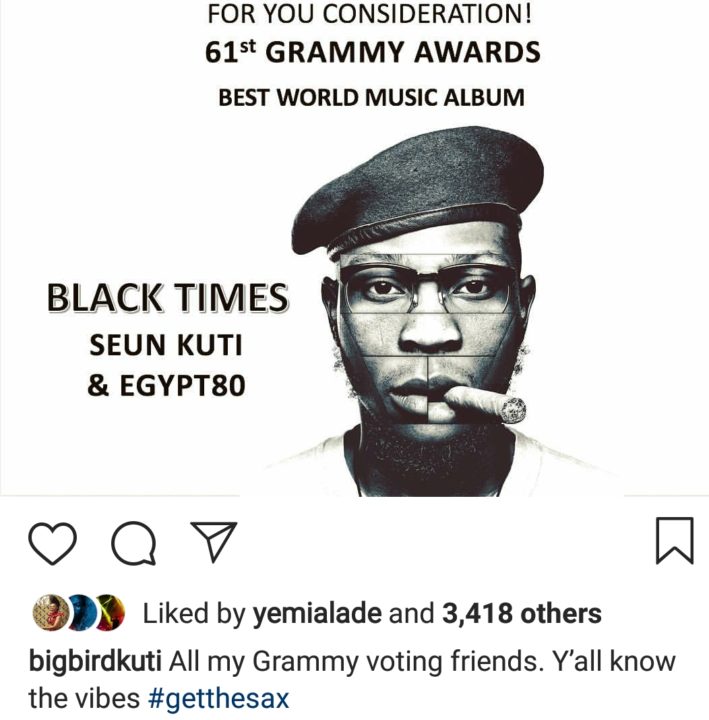 The album, Black Times is an album that uses music to highlight the problems of African leadership and other socio-political issues. Black Times features other music giants like Carlos Santana who lends his voice to some of the issues affecting the black community.

The album since its release on March 2, 2018, has received positive reviews globally hence little wonder why it is being considered for a Grammy.

Read the statement on the entry process and selection of nominees;

Entry process and selection of nominees
Media companies registered with the National Academy of Recording Arts and Sciences and individual members of NARAS (artists and other professionals working in the industry who meet certain criteria) may enter recordings for consideration. Entries are made online and a physical copy of the work is sent to NARAS. Once a work is entered, reviewing sessions are held, involving more than 150 experts from the recording industry, to determine whether the work is entered in the correct category.

The resulting lists of eligible entries are circulated to Voting Members, each of whom may vote to nominate in the general fields (Record of the Year, Album of the Year, Song of the Year, and Best New Artist) and in no more than nine out of 30 other fields on their ballots. The five recordings that earn the most votes in each category become the nominees, while in some categories (craft and specialized categories) there are review committees in place that determine the final 5 nominees.[20] There may be more than five nominees if there is a tie in the nomination process.

Whereas members of the Academy of Motion Picture Arts and Sciences are generally invited to screenings or are sent DVDs of films nominated for Oscars, NARAS members do not receive nominated recordings. Instead, they receive access to a private online listening function.

Congratulations to Seun Kuti, according to Olamide, “Make Grammy come chill for shrine”