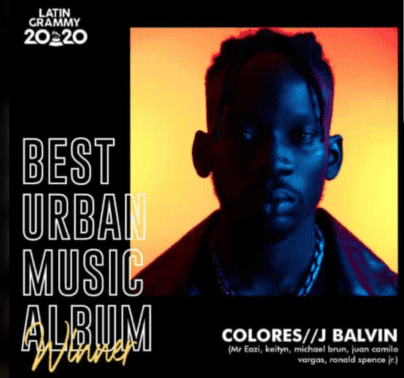 Mr. Eazi was featured on his ‘Arcoiris song’ which means rainbow and which according to J Balvin is the best representation of the album because it includes the entire colour spectrum.

The singer shared the thrilling news of his Grammy win on his Instagram page where he posted a copy of the award flier with the caption;

“We won a Grammy!! I got so in Love with the Latino/Urbano scene I recorded, toured , learned & made magic with some of the most beautiful souls!! @MichaelBrun @JBALVIN , @skyrompiendo & the entire Latino Gang!!! ❤️!” 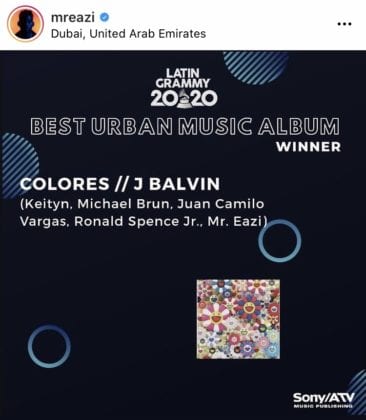 Flier of Mr Eazi’s Grammy Award from his Instagram page

This will be Mr. Eazi’s first award from the recording academy, but his second debut on the platform as he was among the 11 Nigerian artistes nominated for the 62nd Grammy that was held last year.

Congratulations to Mr. Eazi on bringing a Grammy home!