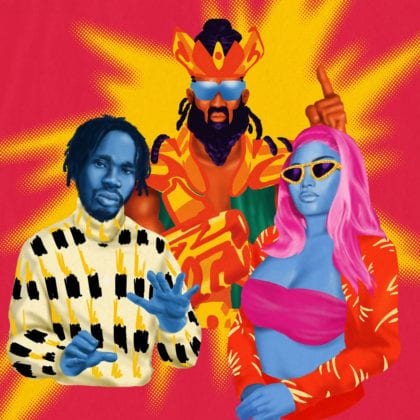 Mr Eazi made this exciting announcement on the 22nd of September via Instagram where he encouraged more people to go buy the song for it to maintain its spot as number one and also move up from number 11.

“MY NEW SONG “Oh My Gawd” with @MAJORLAZER ft @NICKIMINAJ x @iamk4mo Just debuted AT NUMBER #1 on the BILLBOARD WORLD DIGITaL SALES CHART and #11 on The Billboard Digital Song Sales chart!! But I know Some of You have not Bought it YET!! THE THUNDER!!!!! Lmao”

This is a major win for the Banku singer for a song released on the 10th of September, 2020.