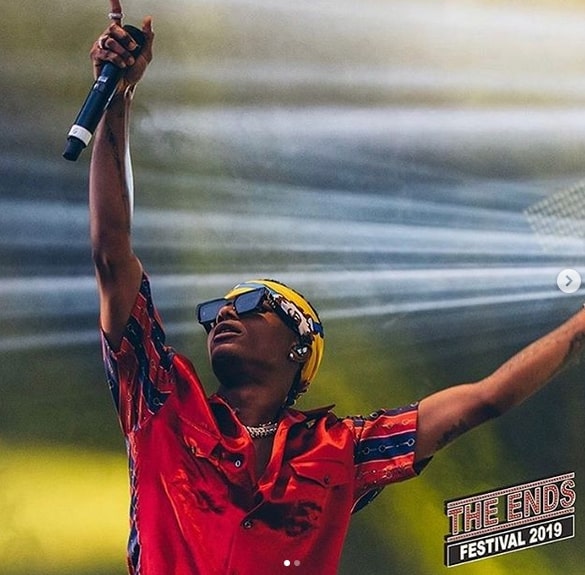 New-York based DJ, Cipha Sounds has responded to the attacks that came unto him for saying Wizkid isn't a known artiste and there's no face of the African sound, Afrobeats.

Reacting to the comments that flooded his social media page after making that remark, Cipha said he was misunderstood by Wizkid fans because he has been a fan of Wizkid himself since 2012, promoting the Afrobeat when he worked with Hot97.

All you people talking all this Wizkid sh*$, this is why I left radio, because all y'all want is drama, you don't listen to the whole story. You heard one snippet, and don't even understand the point I was making, so f*$k outta here, because nobody, not one single DJ in America was playing Afrobeat before me...you can ask Tim Westwood, when I go to London and he took me to the club, and I heard Afrobeat for the first time back in 2012 and I brought that music back here to America, and I started playing it on the radio, and your boy Ebro was like don't play that coz people don't know what it is and I was like this is the hottest shit in London right now, Nigerians are killing it. You can ask Maleek Berry, how much Wizkid sh*$ I was playing on the radio before anybody knew who he was.

He went on to clarify the point he was making with his statement that was not included in the video that went viral. He said;

I said the mainstream American people don't know who Wizkid is. My goal, if you'd listen to the whole podcast, is to break that music in America. This is the last time I'm going to say any of this because this is retarded. I played Wizkid on Hot97 before the Drake record, before any of those records,

He went on to show over 50 tracks of Wizkid's songs on his laptop to show proof that he has indeed been playing Wizkid and he's a fan.

former Hot97 DJ, Cipha Sounds has responded to the reactions he got for saying nobody knows #Wizkid According to Cipha, he was misunderstood and should be apologised to. #ciphasounds #Notjustok