Nigerian rapper, Olamide has revealed that at this stage he wants to give at least 10% of what he has invested in others on himself. 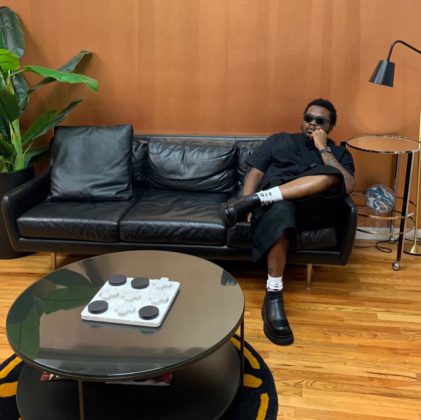 The rapper revealed this via his Twitter page on Friday, the 9th of July 2021. He was taking questions from his fans on Twitter and someone asked what his plans were for touring and signing new artists for his label. In his response, he stated that the tour dates were yet to be decided. Olamide also said that he was not interested in signing any artists at the moment, and would rather give himself 10% of that energy. Twitter user @aa_fisayo asked, "What should we expecting from YBNL? Tour, Artist?". Olamide replied;

Tour, yet to be decided. Artist, maybe much much much much much later .... I’ve been doing that since I made it... now it’s time for me to give my self at least 10% of time, energy, money and love I’ve been giving people. 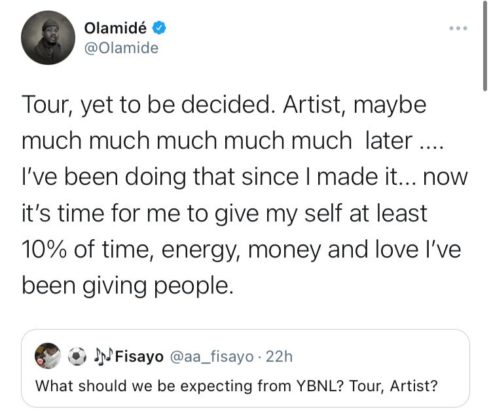 The rapper just released his eleventh studio album, 'UY Scuti' recently to widespread acclaim. No one will definitely have issues with Olamide saying he wants to invest 10% of what he's given others to himself. Since launching his YBNL outfit back in 2012. the music mogul has arguably handed more opportunities to upcoming acts than most of the top labels. Fast-rising singer, Bella Shmurda revealed recently how Olamide funded the video shoot for his breakout single, 'Vision 2020'. He has now chosen to give more of that to himself and ideally, no one should have problems with that.