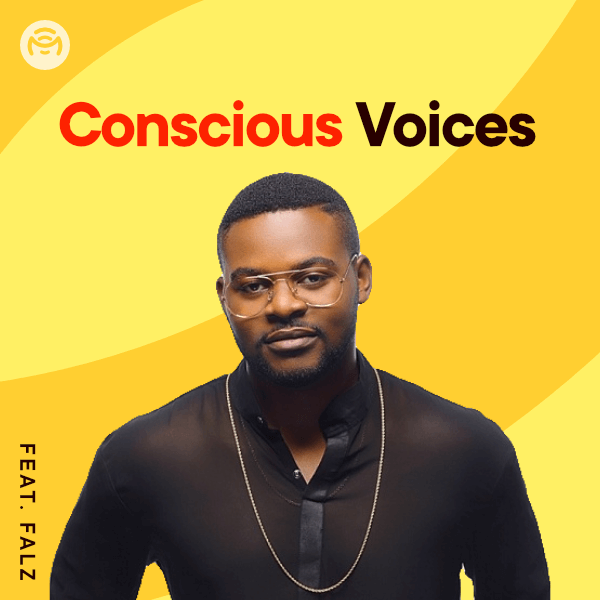 If there's one musician in this generation who can be seen as the face of Socio-conscious music in Nigeria right now, it has to be Falz. In the last couple of years, the rapper, who's the son of popular lawyer and human rights activist, Femi Falana (SAN), has used his music to highlight some of the ills of our society. His latest album, Moral Instruction, covers virtually all relevant topics like corruption, embezzlement, nepotism, police brutality, 419, drugs, poverty and prostitution. It's a masterpiece.

For this reason, choosing Falz as the Cover star of the 'Conscious Voices' playlist was a no-brainer. Other hits on the playlist include Timaya's 'Dem Mama', African China's 'Mr President', Trybesmen's 'Plenty Nonsense', Lagbaja's 'Suuru Lere', and many others.

Be sure to check out and FOLLOW the 'Conscious Voices' playlist on Mino Music today!

A few other playlists and news from Mino Music and Falz include: