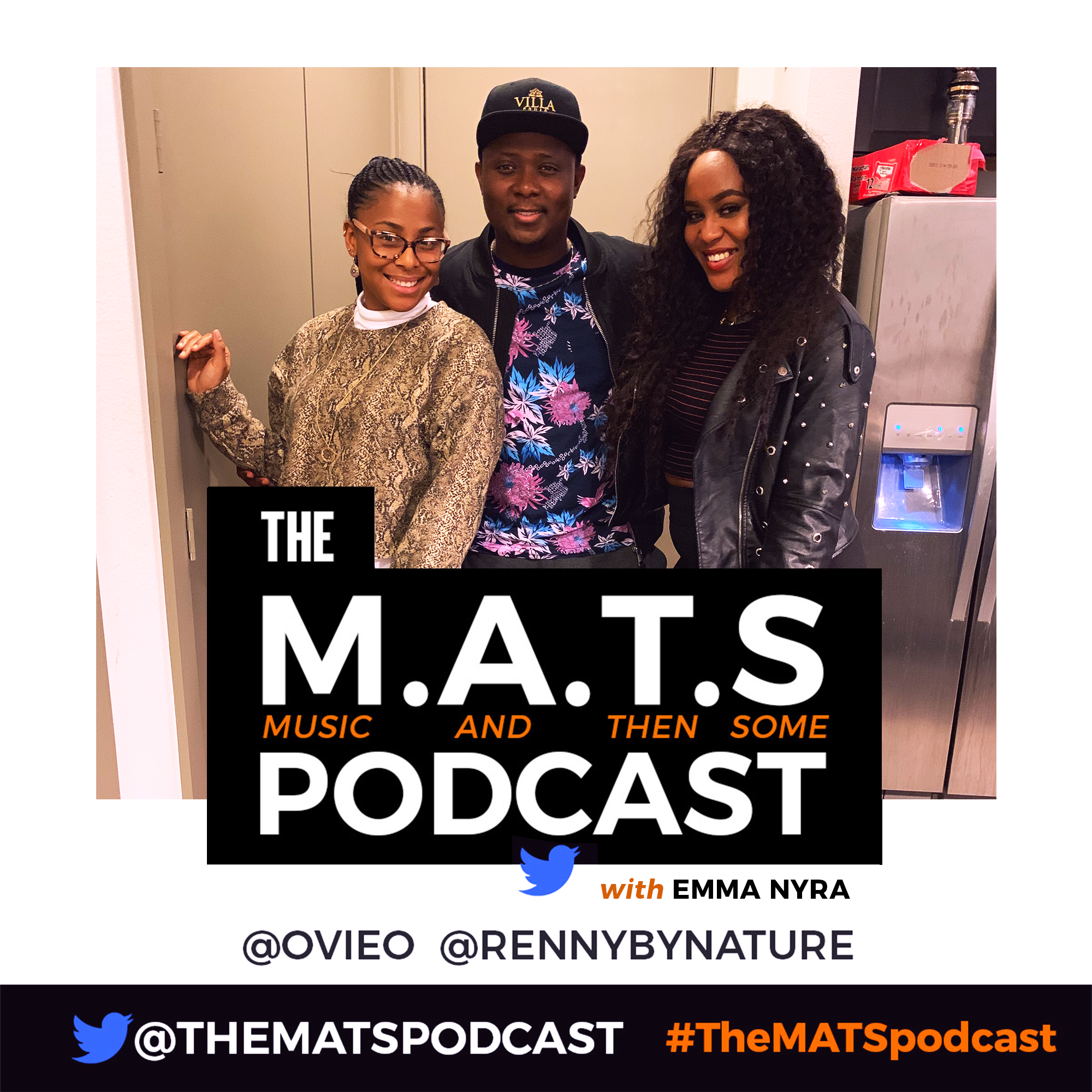 The M.A.T.S Podcast returns in 2019 with female star, Emma Nyra, joining co-hosts RennyByNature and Ovie O on its 12th episode. It's the former TripleMG act's first appearance/interview since she gave birth to her beautiful twins - Alexander & Alexandria - last August, and as usual, she gets to add some sauce to our topics for the day.

Emma lifts the lid on a lot of issues while dropping 1 or 2 industry bombshells. You don't wanna miss this entertaining episode!

On #MATSRecommends, we get to highlight songs, EPs, mixtapes, and/or albums we feel you should be listening to. If you’re overwhelmed by all the music out right now, and you need us to help you spot the gems, you def wanna keep your ears open for #MATSRecommends.