Davido Reveals Plans To Sell Out O2 Just Like Wizkid 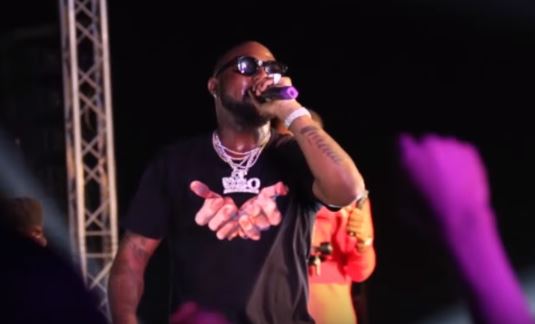 The chairman of 30 Billion Gang and Assurance crooner, Davido has revealed that moving forward, he is about to make the same record as Wizkid to sell out the 20,000 capacity o2 Arena in London.

This announcement was revealed on Instagram where an entertainment journalist, Adesope popularly known as Shopsydoo had asked him what the next thing is for him and he happily said "It's called... My brother did...  i'm about to do it too" When asked "O2?" a confirmation laughter was all we got to seal the promise.

Another #o2 coming through!??? #Regrann from @shopsydoo My brother did it , I’m about to do it too ..... @davidoofficial #africa #davido . . #NotJustOk

Davido and Wizkid after a long presumably staged fall out had resolved their differences publicly during Wizkid's December concert and this reconciliation has been followed by an open show of love from both parties.

If this announcement was made when both parties were still showing us they had issues, different freestyles titled "follow-follow" would have dominated the social space as fans from both camp attack and defend their territories. Hence it is great to hear Davido make this announcement cheerfully, showing all that is is okay to be inspired by another artiste and doing what someone already did isn't a crime, especially when due credit is given.

Shout out to the new love these stars are showing in the Nigerian music industry, keep taking afrobeat global and making breaking bounds the usual.