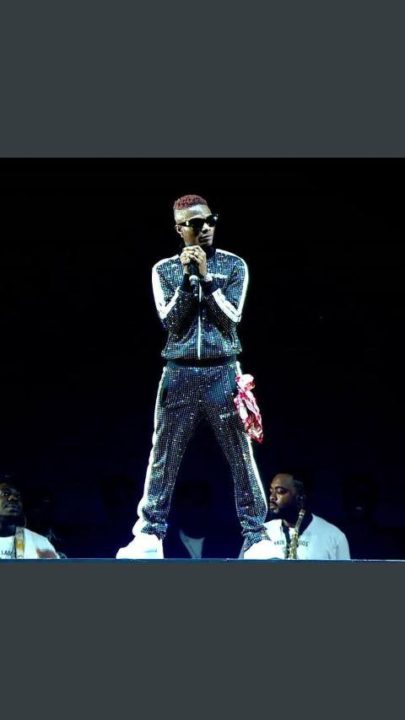 Nigerian Afrobeat popstar and the king of the Starboy kingdom, Wizkid has continued on his journey to greatness and this new one is nothing short of legendary. On the 26th of May Wizkid has made history once again, selling out his first festival, Afrorepublik at the 20,000 capacity O2 Arena Hall, London.

The festival was sold out even before the scheduled date, an announcement the artiste posted on Instagram on the 25th of May, thanking God for coming through and bringing his dream to pass.

Well, the show has happened and the result of the sold out tickets was a full O2 Arena Hall; a hall with the capacity to contain 20,000 people. So if 20,000 tickets were already sold out before the show, doesn’t it mean that he has over 20,000 fans in that hall because more people will definitely get tickets on the day of the show… right?

The show started with award-winning African American supermodel, Naomi Campbell introducing Wizkid on stage who started with his hit track, Manya.  He went on to perform other songs like Ojuelegba Remix with Skepta and Ma Lo with Tiwa Savage who later performed some of her recent hit singles. The show according to a fan was the best show he has ever experienced and we couldn’t agree more as Wizkid continues to break boundaries and surprise everyone with his achievements. 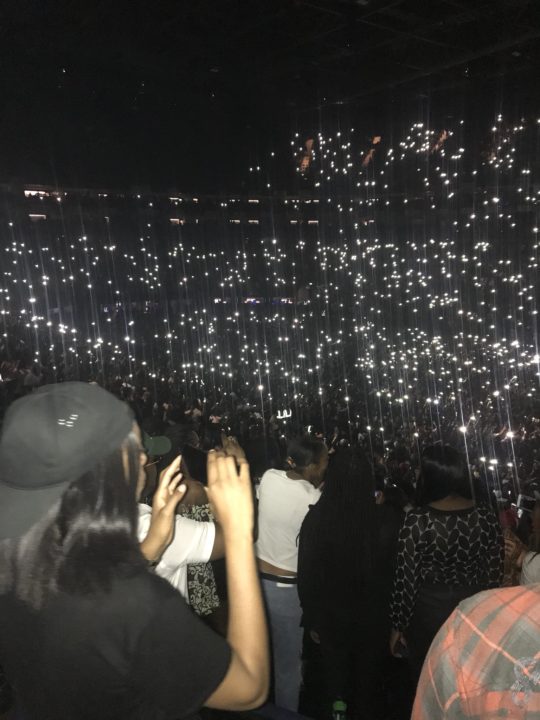 Let’s not forget the great show he gave us last year 29th of September at the Royal Albert Hall in London, shutting the hall of 5,000 and making history for being the first African artiste to use that hall and even shutting it down.

Well, another history has been made as he goes from 5,000 to a hall of 20,000 and shutting it down with tickets sold out days before the show. This great news is coming after the successful launch of his pop-up shop on the 25th of May, 2018.

The show was a successful one that is being followed by great reviews on social media, not just for the stellar performances of the great artistes lined up such as Tiwa Savage and  Maleek Berry to perform, but also for giving Africans, especially Nigerians one more thing to be proud of in a land that is not theirs. In the words of a Twitter user, @ToyinReports;

“@Wizkidayo is one of the best to ever do it. Tonight, he proved why he’s legend in his own right. Today Africans were proud to be African. Not ‘mixed’ with something less ‘fresh’ but unapologetically African. Congratulations #Starboy

You did that & we

This is the best show i have ever seen in my life???God bless you @wizkidayo???@wizkidnews pic.twitter.com/lZ8AuRp6yT

Other artistes like his new best friend and fellow superstar, Davido also congratulated him on this big win as it is indeed a massive victory especially since it’s London.

Wizkid is a blessing to the Motherland!! #afrorepublik ⭐️???

But to be honest, God has blessed Wizkid #AfroRepublik pic.twitter.com/3TJE2jVgZU

We say congratulations to the Starboy that shines like no other, keep paving your path!