3 Things To Expect From A "Kiss Daniel & Wizkid" Collaboration 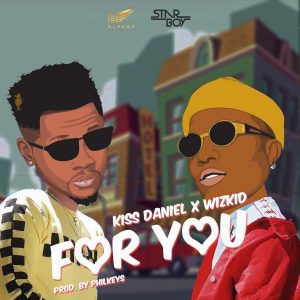 3 Things To Expect From A "Kiss Daniel & Wizkid" Collaboration

Kiss Daniel and his fans are clearly enjoying the current state of respite that followed the singer's fierce battle with his ex-label. Since he left the label to start his own imprint, he has been dragged in and out of the courtroom but of late, he has been enjoying the creative freedom to make music the way he chooses and this has produced some good records that his fans have happily imported into their playlists.

They have always wanted to see Kiss collaborate with his contemporaries and it is happening now that he seems to have forced his way out of Emperor Geezy's tight grip. He has worked with CDQ, Omawumi, DJ Spinall, DJ Big N, Don Jazzy and it is being said that his collaboration with Wizkid would give his collaboration credential some salt.

The title of their joint effort has been unveiled to be "For You" and it has been announced that the record would be out anytime from now. Here are some other features to look out for on the Kiss Daniel, Wizkid collaboration.

The suspense that comes with knowing Philkeys is on a record of this magnitude, is eating up a lot of fans who would prefer that Kiss Daniel cuts the chase and put out the record without further delay.People have been guessing what sample Philkeys would put on the new record and even though one doesn’t know what he is up to this time, the delight of knowing that Philkeys is a master of pleasant surprises, has the fans hopeful ahead of the new record.

Without doubt, the song “For You” is one of the most anticipated music collaborations in the country especially because it would stand a Kiss Daniel’s first major collaboration since his exit from G-worldwide. It is hard not to imagine so many possibilities for this record because it seems to have all the elements of a hit songalready but even in the height of public anxiety, fans would have to wait a little longer to confirm the logical predictions about the Kiss Daniel, Wizkid song.