Watch Davido Shut Down Suriname With Over 10,000 Fans! 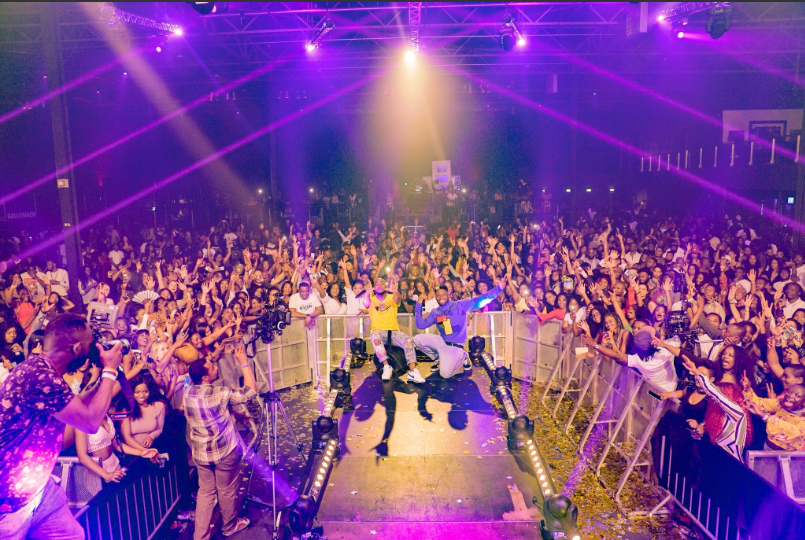 After a successful show in Amsterdam, Nigerian international pop star, Davido has added another shutdown show to his lists of shutdown shows as he shuts down Suriname in South America on the 19th of May, 2018.

The show which was scheduled for 19th of May was sold out with over 10,000 in attendance, 10,000 that had great fun as they watched Davido perform and also sang along with him.

According to Davido, he was initially shocked when they got the bookings for the show in Suriname because it was not a popular country but after how both him and his songs were received and enjoyed, he couldn't help but state how grateful and emotional that made him feel.

The artiste revealed this news via his instastory where we were able to see some of this greatness delivered and received. The love of his fans was real but importantly, they were feeling the vibe, especially when he performed his recent hit song, Assurance.

This greatness has also been receiving witnesses online as fans testify to the greatness they all experienced with some who didn't attend confirmed their ignorance about the country and wouldn't still know about it if not for Davido's show, a prove that Nigerian music is going far beyond its people.

Davido performed to 10k people in Paramaribo ?. Even with my international specialist certification I still had to google the city to be sure. Does any Nigerian artist work harder than this guy tho?

Suriname?! I can’t locate Suriname on the map without Google.

This IS a big deal. Davido is selling out regions most of us will never visit in our life.

This is not Africa, or Europe, or USA.

In the words of @officialBovi , na heaven & hell remain. ??? pic.twitter.com/lQoUx1VPLz

While some are raising doubts that the hall capacity is not up to 10,000, Davido commented that some of the attendees for the event had to stay outside because the hall couldn't contain everybody and according to him, they ended up selling over 10,000 tickets last night.

Sigh ... times when we should celebrate they hate .. we had over 10 thousand pple in attendance even some pple were so far out they couldn’t see the stage .. this is South America !! Our music is moving ! .. all that hating shit is old ! .. let’s get money !! Social media smh .

Davido had told us earlier this year that he will be going from one height to another, from songs released to shows he'll shut down and so far the Chairman of the 30 Billion Gang has not disappointed, taking Nigerian music farther with his hits and 30 Billion Tours.

Davido is nominated for BET Best International Act alongside other African acts and his colleague in the Nigerian industry, Tiwa Savage in the same category.

Watch @davidoofficial Shut down Suriname and how fans were feeling him!??? #Assurance #OBO #30BillionGang #NotJustOk