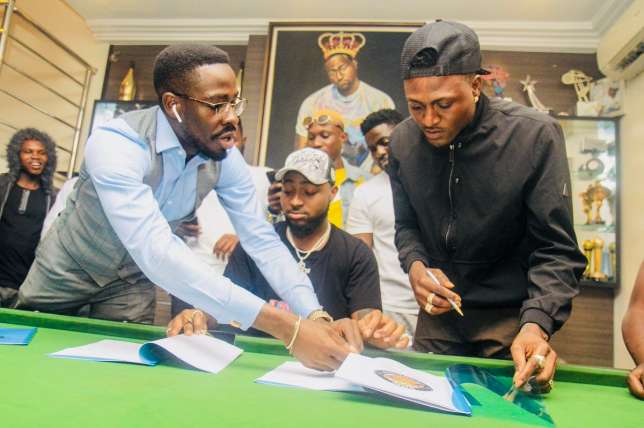 The family of Davido Music Worldwide has welcomed a new addition to their record label and 30 Billion crew and it is no other than the Shepeteri crooner, Idowest.

This was announced via Instagram where the chairman of DMW, Davido, announced his addition with a post stating that the singer has proved his worth thereby making the artistes under the label six including Davido, Peruzzi, Dremo, Mayorkun, Yonda.

Idowest has really proved his worth with his songs including the popular  Shepeteri which seems to be doing remarkably well hitting both streets, clubs and parties of the elite. This artiste is indeed tested and proven worthy of every investment because from what we've seen, his kind of music is the present rave in the Nigerian music industry.

This news is coming just after Davido announced that his label will be releasing their first group album come June and his new project is coming up in September but with this addition, is there a possibility that there might be some adjustment made to fit in the new artiste for the group album? Guess we'll know come June.

Congrats to both artiste and label for the great things they'll achieve together!