Buju Reveals He Has Two Hits With Wizkid, Shares Video of Their Session | Watch

Nigerian singer, Buju has revealed that he has recorded two hit songs with Wizkid during their meeting today, also posting a video with the superstar singer during their recording session. 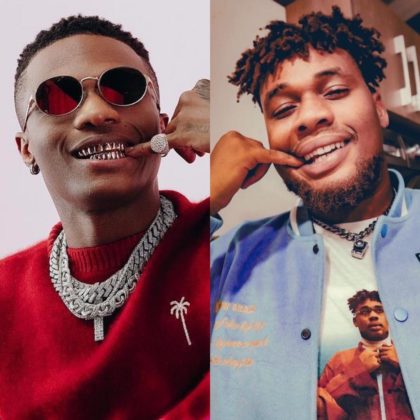 The singer revealed this via his Twitter page on Tuesday, the 22nd of June 2021. Buju and Wizkid had both shared videos of their session on their respective Instagram stories. This made fans start a discussion on social media. One Twitter user @Natuesborne reminded Buju of an old tweet where he said he wanted to slap Wizkid. He said, "Buju, please slap Wizkid as you promised oh." Buju replied by saying he did, with two "hits". He wrote, "I did, with two hits 🦅🦅"

READ ALSO: Buju Promises to Give His Fans "Bragging Rights" This Year

Buju has promised to give his fans bragging rights this year. He is well on the way to that as the singer has already appeared on three huge songs this year. His feature on Ladipoe's 'Feeling' and 'Bling' by Blaqbonez have put him in good standing already. He also has a huge song of his own with 'Outside' still proving stubborn on the charts. Apart from working with Wizkid, Buju has also worked with Jae5 recently and even most notably, worked with Asa and Tiwa Savage in one night.