#TheList2018: Burna Boy is KING! See The Rest of the Hottest Artists In Nigeria

This is the definitive list of The 10 Hottest Artists in Nigeria for the year 2018.

At the tail-end of last week, we counted down the hottest names in Nigerian music at the moment, with special focus on those who scored the biggest hits, tours, mega moves on the local and international scene, the award winners, and in general, the people we’ve listened and danced to for the past 12 months.

Taking all the factors mentioned above into consideration, here’s #TheList2018 as compiled by the notjustOk Team, including a special mention of those who narrowly missed out. 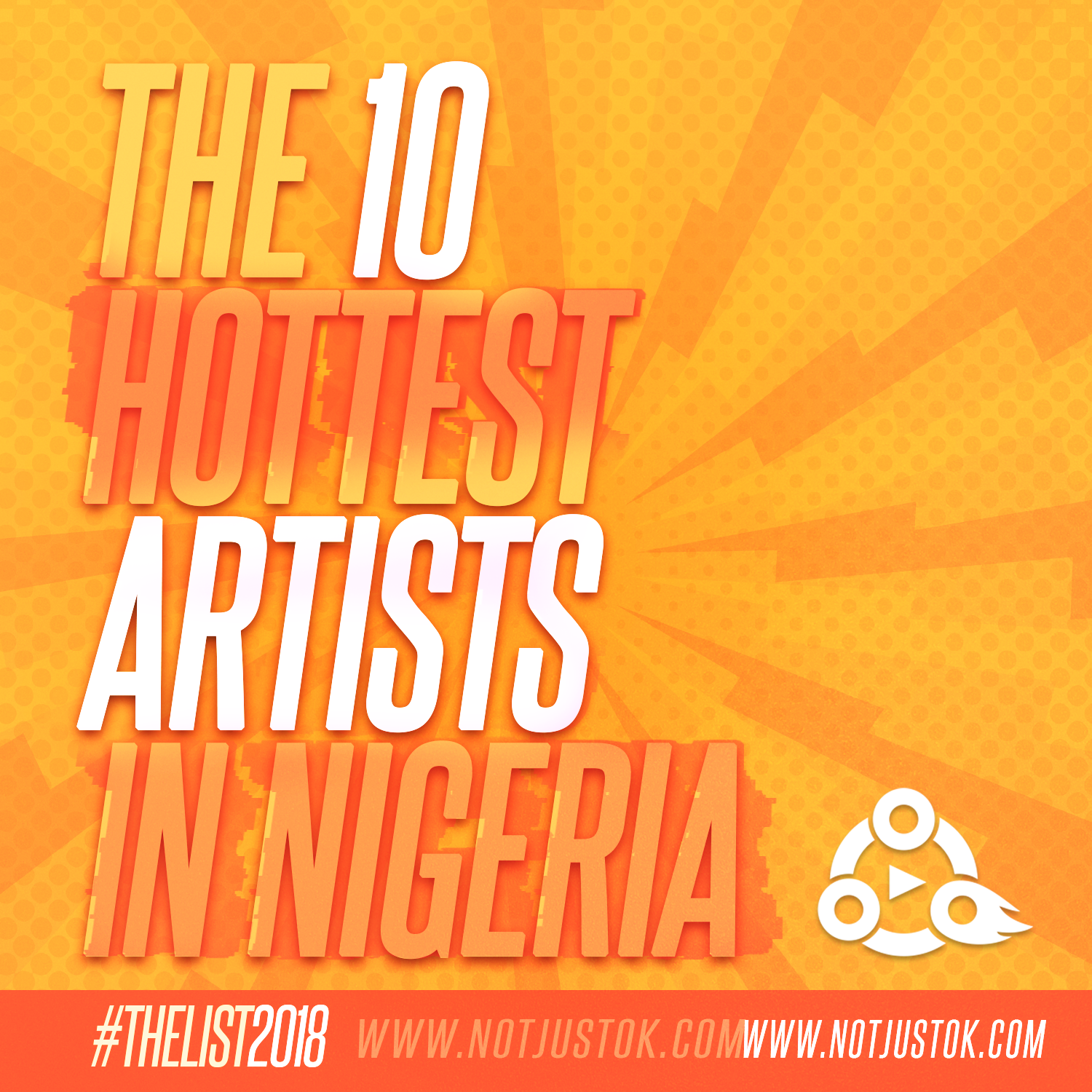 #TheList2018: Burna Boy is KING! See The Rest of the Hottest Artists In Nigeria

Key #TheList2018 Facts: Burna Boy jumps straight to #1 after missing out on prior lists. His sole appearance before 2018 was on the debut edition back in 2013 at #10. There are 2 debutants; Teni and Duncan Mighty.

For the first time since 2014, we have two female acts on #TheList. Only Burna Boy, Wizkid and Davido were voted by every single voter in the NotJustOk Team.

Olamide, Wizkid and Davido are the only stars to appear on EVERY edition of #TheList since its inception in 2013. Wizkid is the only act to be in the Top 2 for 4 consecutive years. #Consistency

Adekunle Gold‘s sophomore album #About30 is one of the best projects released in 2018. One of the standout singles “Ire” is an instant classic.

DMW act, Peruzzi narrowly misses out on what would’ve been a deserved appearance on the top 10 of #TheList2018. Along with Teni, he’s one of the favorites to win the different “Best New Act” and “Next Rated” awards when Award season resumes in 2019.

Simi is what I’d like to call “Nigeria’s sweetheart”. Her voice is pure, her sound is unique, her lyrics are out of this world. She’s arguably the best songwriter in Nigeria, and has continued to wow us with her creativity.

DJs usually don’t make these sorta lists which have, up to this point, been exclusively for singers and rappers. DJ Spinall’s hit singles “Nowo” (ft. Wizkid) and “Baba” (ft. Kizz Daniel) make it impossible to ignore him on #TheList2018. He fully deserves a shout.

If you thought sorting out the Top 10 was hard, take a look at some of the heavy-hitters who missed out on #TheList2018 completely, including the “Worthy Mentions” category. Falz, Zlatan, Timaya, 2baba, and Victor AD performed very well this year, but there was no space for them. Expect the usual suspects like Tekno, Runtown, Niniola, Skales, and others to make a huge bounce-back in 2019! #TheList promises to be even more competitive!