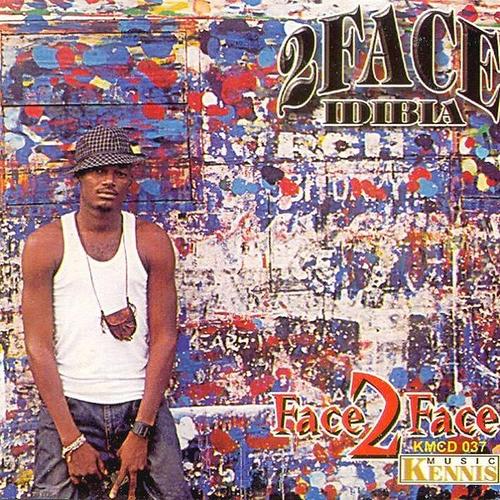 The Best of 2face - An Overview

To mark his new album, "Warriors" dropping next week, we rank the top 10 best of 2Baba '2face' songs - Born Innocent Ujah Idibia, 2Baba, 45, is one of the greatest artistes of all time. In Nigeria, He is credited with being one of the most influential artistes from the 2000s to present, even as he continues to be consistent with the music

To explain Mr Idibia's enigma would be to set his story against the backdrop of Nigeria's musical history. Clearly influenced by Fela Kuti as Ehis Ohunyon writes, many an artiste, since the Afrobeat icon's death, have sought him as inspiration. But not many have mirrored the selflessness of Fela's activism as 2Baba has; and with his dabbling in the "softer themes" of love, passion, and hedonism, 2face (as he was known prior to the 2Baba name change in 2014) has become a musician and songwriter with an admirable range.

Last year, He held the "20 Years a King" concert, an event that got glossing reviews from its attendees. With much of the who's who in the industry support, the night was only a glorious fitting to end another decade for the legendary artiste.

The artiste embodies grace and strength and humility. Of his better qualities, these shine the brightest whenever he walks into a room or releases a record. The major reason why, yesterday, when it was announced that he had an album on the way, I was elated (for lack of a better word). Here's an artiste who still soldiers his way through, even when he's considered GOAT by everyone that's anyone. Man, He has influenced two generations and he's still doing this at the highest level there is.

This list is meant to bring back memories to some of 2Baba's best records. Best, while being subjective, is applied here to mean songs that flaunt his songwriting at his sharpest, and display his thematic range.

See the top 10 songs by 2baba below

10. IHE NEME (2012): A fun song, it played to 2face's penchant for the playful and inclusive. On its hooks, he reeled out a list of places, before demanding we get deep in the vibe. Because... Ihe N'eme! Translated from the Igbo language, it means "Something's happening."

9. MAN UNKIND (2011): Teaming with NAFDAC to espouse the dangers of illegal drugs, 2face turned to storytelling. Relating a story many a Nigerian would find themselves in, the song was a beautiful piece of social commentary that shone a light on a most urgent topic. Shout out to my big brother Christian (Bobo) for putting me on to this song.

8. SEE ME SO (2006): A quite problematic one, as it was necessitated by the controversial breakup of Plantashun Boyz, a 3-man group made up of Faze and Blackface, alongside 2face. See Me So was fiery, yes, but its most important line ("but that one no mean say I no dey wish you well o") bore the stamp of 2face: positivity.

7. IF LOVE IS A CRIME (2006): Shot in Ghana, the visuals of this song, I remember, had people in stitches. The comedian AY made a viral joke about it; it's melodrama, however, I deem necessary seeing as it's one of the most purposeful songs of the artist. Written as it was, only a video of outlandish quality could match the genius of the song (and its similarly outlandish chorus).

6. ENTER THE PLACE [ft. Sound Sultan] (2009): 2baba's club bangers are what they are: bangers. Usually loud but never compromising lyrical ingenuity, Enter The Place is one of such songs. With the right level of sexual tension and fun activities to go with it, idibia's and frequent collaborator Sound Sultan urged us to "enter the place" and not look at Uche's face. Of course, we all know what's happened to Uche's face since then. Whispers: not many look at it.

5. THANK YOU LORD (2004): A prayerful song, delivered in Yoruba and his native Idoma, was sung over a somber instrumental which reflected the humility and honesty in the lyricism. My friend, Victor Agada, who's from Benue, once translated its lyrics for me. Great guy.

4. ONLY ME (2010): At the time of its release, Idibia was reportedly nursing a minor issue with Nigerian footballer John Obi Mikel. Expectedly, people latched onto the "I know say no be everybody sabi play ball." The song, however, is a simply delivered treatise on existentialism, and how we ought to be better individually to enrich the wholesomeness of the Nigerian collective.

3. OLE [ft. Freestyle] (2004): Many people would swear by its honesty, the rawness of the words on display, its intense feeling. Typical 2face. Then with the classic Freestyle verse, Ole walked into the level of an essential Afro Pop record.

2. 4 INSTANCE (2006) / E BE LIKE SAY (2009) : This pair of 2face songs are as bold as they come, the artiste taking on the Nigerian government. On the former, he bemoans the chronic mismanagement of the country's resources, singing of how things ought to be better. E Be Like Say is a more laid back affair, as 2face shines a light on the shady politics of 'polithiefcians' (as Fela called them) who promise heaven and all when seeking votes and when they're elected, the reverse is usually the case. Innocent idibia, as he's always done on his best days, is a strong voice for the masses against the powers that be; that voice finds its musical haven in these songs.

1. AFRICAN QUEEN (2004): Widely considered to be the greatest African song of its time, 2face's timeless ode to the black woman made its way into Hollywood, featuring as a soundtrack for the movie Phat Girlz becoming, in all truth, an essential moment in the exportation of African sound, recently dubbed "Afrobeats to the World."

African Queen had the production, the lyrics which proved to have all the ladies in their feels, and it definitely had Annie Macaulay (as a vixen) who, as if to immortalize the song, got married to 2Baba in 2012.