Collaboration is the word of the times, and Ejoya, “a music technology company powering Africa’s next global stars”, has compiled a project to mark the arrival of some of the brightest music prospects out of Africa. After a stellar run distributing some of the biggest hits to come out, Ejoya developed the “Class of __” project to provide a platform for the next generation artists to have a sustainable voice. Here is Ejoya’s Class of ’20 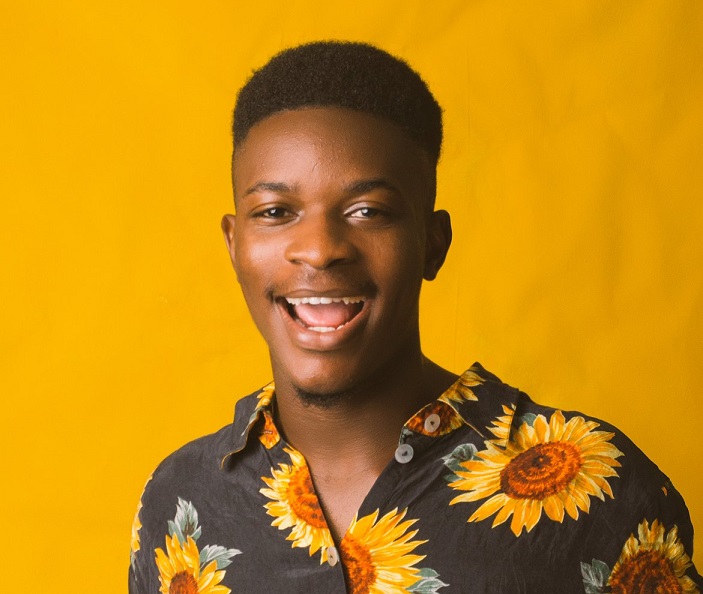 Afro-Fusion act Jinmi Abduls is a member of the class

In their first project, artists like Jinmi Abduls and D-Truce combine to make music that is true to its generation and the themes it best embodies: life, love, lust, and every grey area in-between.

This is a 1-Listen review. No skips, no pausing, no rewinding, just my gut reactions in real-time.

This beat is dreamy, me like. Truce’s voice makes for good singing anytime. Awesome vocals. This whole vibe is surreal. These voices are floating about like angels, singing of love. “Pick up the phone, girl.” The female voice, most likely DJ Yin’s, settles in comfortably. The song is over before you relish its comfortable scenery. Leave when the crowd’s the loudestesque.

This is Afro House vibes… tinkling keys, ominous vibe being set. There’s something indisputably sensual in this Yoruba… “Check me out/ I’m what you need.” DJ Yin has a unique voice, even when it sounds like what Niniola and Tems coming together… Buju! Solid vocals, short and sweet verse, before Yin comes back in. Great song.

The lyric “Adamma don’t be adamant” is this song in a nutshell. Full of funny one-liners, solid voices coming in and out of the warm production. There’s no hurrying here; each artiste comes into this as unique as they can.

It’s unfortunate that I can’t identify who’s singing at each point. Definitely, a reminder that these talents are getting their music consumed hungrily by me soon.

The first solo song. Buju is obviously being positioned as one of the best artistes in this class. “Mind Games” interpolates a popular Nigerian song; title eludes me now. This beat is banging, and Buju’s voice is just at home here.

Street Hop vibes. A throwback to the Shaku Shaku era, albeit this comes with softer keys and more nuance. This beat is very arresting, as are the verses. This vibe is just pure and so unapologetic when the artistes say “you go collect,” a phrase that isn’t known to be used in friendly terms.

This is unlike what I’ve come to hear from Remy Baggins. It’s gritty, and so energetic, some Prettyboy D-O and Kida Kudz vibes here. Less than two minutes though, it’s more of a -laced interlude.

Jinmi Abduls is a leader of his class, with two critically acclaimed tapes. His sound is soft and carried by his sweet voice, and these are employed in “Kryptonite,” too: knocking drums and all. What’s that violin? Heavenly stuff, I tell you. An early favorite.

A song titled “Lagos Girls” will always begin with the Jinmi of Lagos saying those signature words. This sounds like his typical vibe, only with more modern in it. These vocals are killing me. Is this Emo Grae? Love the tone of this voice. Now, who’s this sounding so BOJ-esque? This will possibly be my best song off this entire tape. Whaaat??? So much talent on display. This vibe is best suited to a Sunday morning with nowhere to go, but with light and good speakers. You’ll definitely get reminiscing about the Lagos girls in your life.

Sultry. I’ve run out of adjectives to describe the songs off this project, but “unique” does it just well. Suté, known for his sing-song rapping, finds a place within this eclectic production brimming with so much life… What’s this ending? Magical

My head can’t stop bumping. “Omoge, I f*ck you like a nympho” is big D energy. Sexual lines are dropped as casually as pick up lines. This thicker voice person (Fasina?) was made for this song. I don’t love this very much, but it’s a cool song. Would make a sex time playlist.

Vibrant production. Possibly the boldest of the project. Yusufkanbai is a gem, and this song is sanitizing me in the most… Forget it, I’m just over-excited. This song will have you move in ways you didn’t think possible. Voice is a keeper, too. Ejoya did quite a good job finding these guys. Dope stuff. There’s a Motigbana sound here…

Higo… That whisper is always a precursor of great things to come. D-Truce’s verse drips with so much assurance and class, the timbre of his voice selling his bars so effortlessly. This hook is dope. Another gem of a track – everyone came correct!

At twelve songs and a little over thirty minutes, Ejoya’s Class of ’20 are, for lack of a better word, the future. These artists are inventive, yet in a humble way, their music dripping with obvious influences to both the contemporary and the classical. There certainly is no bad song on this, and alongside WeTalkSound’s, projects like these are shaping up to be the future of a music clime that would triumph on collaboration. Come for the music, stay for the music. Start to finish, no skips, no dull moments. Just vibes.