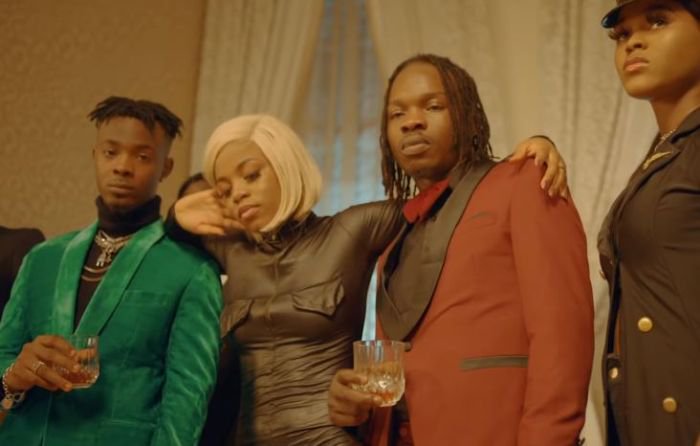 Recall that Photo where Naira Marley was dressed like it's his wedding day? well, that's the video for his latest hit single with Young Jonn, Mafo, released on Thursday, with the video dropping yesterday (Friday).

Before you watch the video, if you haven't already, we will be giving you SIX (6)  facts you should know about Mafo from the Marlian king and Young Jonn the wicked producer;

1. Video direction: In terms of video direction, Mafo is unlike a number of Naira Marley's. Mafo's video is pretty clean but we guess that is due to the location. The video, shot and edited by Naya, is as good as a number of Naira Marley's songs, just with an upgraded location that makes you feel you're watching a Busta Rhymes' video in the early 2000s.

2. Producer: If you're a Marlian, you don't need to be told that almost all of Naira Marley's songs are produced by Rexxie, except this one where he worked with Young Jonn to give us another Marlian anthem; Mafo. Although we don't know the meaning of the title, we're guessing it is either "Don't fly" or "Don't wash it". We're yet to decide, but if you're Yoruba or you understand what it means, please drop your interpretation below.

3. Repetitive Lyrics from Puta: If you've listened to Puta, then I'm sure you'll spot the similarities in both songs which include too many men, excess wealth and a lot of women and their booty. But that's not the point. The point is Naira Marley is not done with these lines "Am I a yahoo boy", "Inside Life" and many other repetitive lyrics that'll make you think you're listening to Puta part 2 in Mafo.

4. Story Line: I believe this video is trying to tell us to eat your life while you're a free man in Lagos especially when you have the means to with no EFCC on your tail. It also gives an insight into a lifestyle popular among Marlians and how no time is too late for some of them to take Tramadol which was recently banned among other drugs by the Nigerian government.

5. Similar Soapy scene: Remember that place where Naira Marley said "I just want to make mama proud" in Soapy? Oh well, there was a similar scene in Mafo and I'm wondering, aren't you guys supposed to be enjoying life in Eko? Why the similar interrogation scene?

6. Style: Mafo, as good as we think it is as a Marlian track, we also cannot help but state the glaring fact of a similar style to Soapy in terms of rhythm. If all you know about soapy is just the rhythm, you'll think you're listening to Soapy but then again, this is the Marlian style and it was not missing in this video. If that is a good thing or not, you have to decide that for yourself.

It is no news that Naira Marley is dropping hits after hits since he got back from jail. From Opotoyi, Soapy to Puta and now Mafo. Could it be that the king of Marlians is trying to drop songs before he goes back to court for his alleged credit card theft, and want his fans to have enough anthems to support him with, or he's making an early preparation for the busy December artistes are known to have?