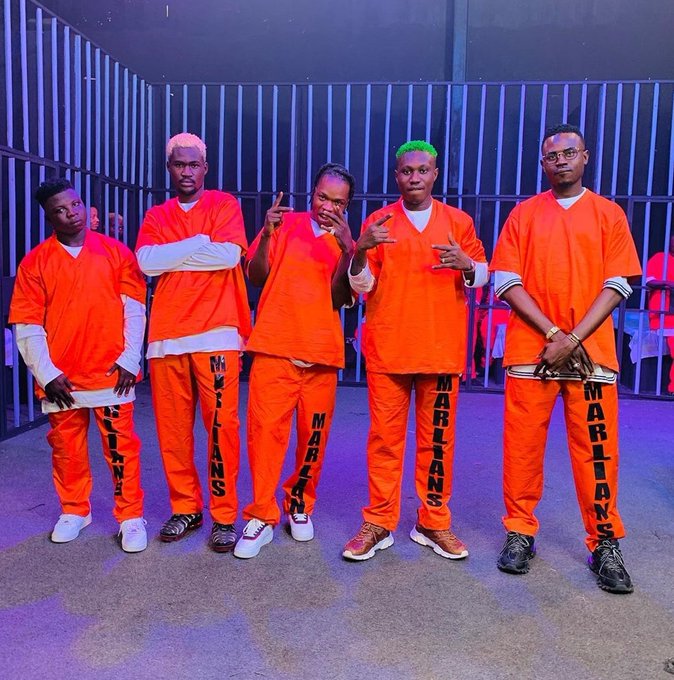 Marlians are really proud of Naira Marley’s new video for Soapy that was released less than 24hours ago.

The “Am I a Yahoo boy“ singer had told his fans he’ll be dropping the video once he got 40,000 comments on an Instagram post and it didn’t take long before that post was crowded with over 40,000 comments from followers commenting that he should dropped the video already.

The song which has received harsh criticism due to the kind of dance it introduced into the industry is getting more accolades for the video and the reactions so far have been positive, commending Naira Marley for the good visual which people are calling the best video in 2019 so far.

The video depicts his (short) time in the custody of the Economic and Financial Crimes Commission(EFCC) for credit card theft and cybercrime, a crime that will be going back in court come October.

With the positive feedback this video is getting, they’re people who hold the same energy to the video as they did to the dance, stating it’s a no no they won’t be caught watching.

What do you think about the video though? Have you watched and will you be watching anytime soon if you haven’t already?

Like MODENINE once said "without their fingers in my toilet they feeling shit". pic.twitter.com/lIQJYaYLpc

Soapy video might hit 1M Views on YouTube before Tuesday, Naira Marley is winning, Street has taken over our Music industry. https://t.co/KP9dhA9Wf0

"Soapy is trash , I hate Marlians ,in my life I will never listen to Naira Marley songs again" but here you are now dancing to the song like today's your birthday…???? pic.twitter.com/IUk4VB7NiE

Naira marley has brought new custume for the streets.

No need to change clothes at police station if they arrest boys.? pic.twitter.com/aLKJrxKYug

If Chelsea loose against manutd tomorrow, i promise to post a video of myself dancing nakedly to soapy by naira marley. Im swearing in this #MUNCHE

This Naira Marley soapy video is a story of pain mixed with joy, Nice one Naira Marley big love #soapy #NairaMarley this is little of the wins coming through and nice beat @rexxiepondabeat you are going places ?? pic.twitter.com/8pyO0Ws8er

Soon they will start selling this clothes in boutiques. If your village people now want to implicate you, prison warders will just catch you..that MEINS What, that MEINS you're going to jail with your Naira Marley customized cloth??. pic.twitter.com/f9e5CTHxPd

Naira Marley and his clans have turned the music industry into a big joke. ???

Naira Marley Jo soapy video issa vibe.
Ok apart from the dance, you can't deny the fact that the song is dope.