5 Classic Songs Of 2Baba That'll Always Make Him A Legend 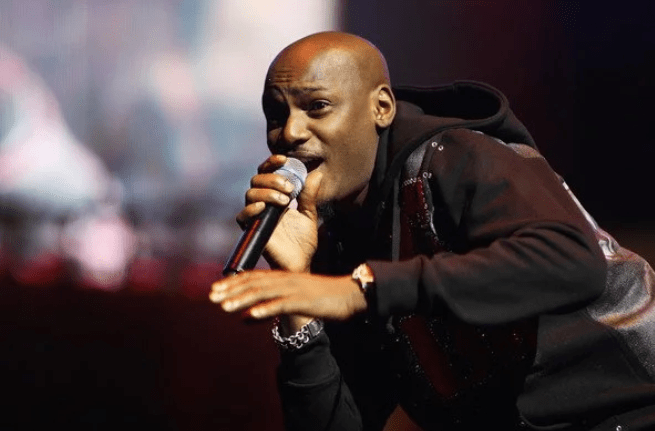 2face Idibia officially known as 2Baba has been in the Nigerian music industry for over a decade. Actually, he has been there for almost seventeen years and in this time, he has evolved, going from being a member of a group, Plantashun Boiz to being a solo artiste which he has successfully done for 14 years.

With the new crop of hip-hop artistes in the Nigerian music scene, some might sometimes forget the greatness that we experienced before now in 2Baba, with classic songs that have successfully last the test of time.  This greatness we still experience and feel from this artiste, and although time has changed, he continues to give us the better versions of the greatness we know he's skilled in dishing out.

When we think of hip-hop in Nigeria, it is important we see the likes of 2Baba and how they've influenced and still influencing the Nigerian music industry, giving us classic lyric with rhythmic renditions that will forever blow your mind.

In this post, we will be giving you five songs of 2baba that we consider classics, well, all his songs are, but we will be talking about these five. These selected five covers most areas in human existence, going from love to social issues right down to our communication with humans. Listening to Tuface will make you think, "Yes! this is how i should feel after listening to music!"

So let's get right into it.

5. African Queen: We know you are expecting to see this somewhere so no need to keep you asking "Where is it?". African Queen continues to be one of the best songs of 2baba, feeling fresh every time it comes on. This song is a song that promotes the beauty of African women with the video giving us a better representation of what the artiste is saying as it shows different black women with their own shades of beauty but have a common attribute; they're all beautiful. This song, since it's release in 2004 is evergreen as every African woman can relate well with it and want to find a part for themselve in it. The song is one that has taken the singer international as even Non-Africans want the song to be dedicated to them also, hence it is a song with global relevance and the name Áfrican Queen' has come to stay with the artiste over time.

4. E be Like Say: This song talks about the deception of girls and politicians especially in Nigeria where politicians deceive you with their promises until you vote them in and they become who they really are to you. It is not just a Nigerian problem, it is a global problem. There is deception everywhere, hence this song since its release in 2006 is still relevant, giving people the right expressions to the unjust acts of politicians and human behaviors. Why is this a classic? Well, as you can see, humans, Nigerian politics and politicians seem to not have changed and even when they do, the song will still be relevant as it'll always remind us of a time like this.

3. Nfana Ibaga: This song is one that shows TuBaba's loyalty to his people, infusing his indigenous language into Nigerian hip-hop. This song encourages all to work hard and get the reward at the end. But one beautiful element the singer used in this song is the element of DESTINY; making it known that once you've been destined by God to be a success, no matter how people come against you, that successful you will come to pass but then he said it better with words and rhythm. One thing to definitely take from this record is the end of his introduction where he said: "There's more to this life than just faking up reality". A very relevant statement today as it was back then and will be in the future, that's what classics are made of and 2Baba gave us just that in this record.

2. Ole: A sad classic love song that shows the singer professing his love to a woman that loves another. You'll agree with us that this is indeed classic not just because of how beautiful he sang a song about an issue many people face, but it is an issue that since 2008 that he released the song is still relevant till date. Till today there's still that guy or lady that can better tell what she feels with this song because people are still being loved with the recipient of their love not loving them back as they deserve and till date we still have partners that are confused as 2Baba who doesn't know what to do and this song, as it was for people before them, is now a song for them.

1. Only Me: This song comes with its strong sociopolitical message and truth be told, it should've been made a national anthem for Nigerians to remind them to be more conscious of others than just themselves. The song Only Me is a man's thought of the possibility of a world that has just him and therein he assess the pros and cons of this possibility and the result is eye-opening, showing us that when you think this way, the consequence(s) your actions will birth might affect the next person you were too self-absorbed to consider. This is actually a mentality most politicians have where they act like Nigeria is theirs and make decisions that benefit just then but puts the other person at a disadvantage. "If to say" is a possibility term that we use as Nigerians and even some part of Africa but the song while showing us these possibilities, brought us to the reality in the chorus where he tells people with power and money that all they have won't be there's alone forever. A time will come and people will either share their throne or take it away from you hence while you have it, you should be more considerate of other humans despite their present state and that's all 2Baba is asking in this song, that people should be more community conscious than individual conscious because according to 2Baba, individuality and secret society na im break us all.

Every single song of 2Baba is a song that when you listen to it, it won't just remind you of a time, it'll also give you insight to some things you're presently experiencing. A talented singer he is, and as he celebrates his birthday today, the 18th of September, this is our own way of reminding you of some of the great records he has dropped amongst many any and thank him for allowing us to experience him in the Nigerian Music Industry.

Do drop your own classic hit(s) we must've missed.