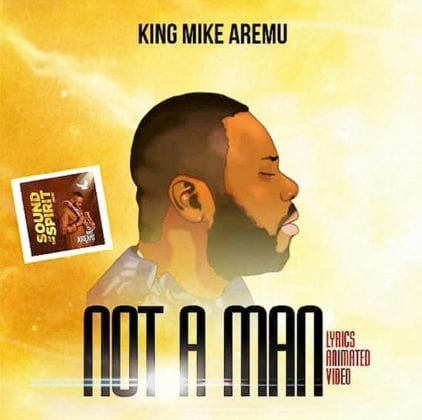 NEW VIDEO & AUDIO: KING MIKE AREMU - NOT A MAN (FROM THE NEW "SOUNDS OF SPIRIT" ALBUM)

On the heels of the recently released album SOS [Sounds of the Spirit], Saxophonist Extraordinaire King Mike Aremu drops a single, "Not A Man" off the album with an amazing animated lyrics video.
The new single expresses the supremacy of what God says over what any man says.

Speaking about the song, King Mike Aremu shares: "Not A Man", one of my favourite songs from my album, "Sound Of the Spirit" SOS, pays homage to who God is. The song was written from a place of remembrance and contemplation of the many times people and even myself had written off situations. However, I've come to realise that God's thoughts and words will always supersede what ever any man may think or say. Because He is NOT A MAN"

The SOS album, which was recently released on digital stores, has earned over a Hundred thousand streams barely a week of its release.

MORE ABOUT THE SOUNDS OF THE SPIRIT ALBUM BY MIKE AREMU
Internationally renowned Saxophonist Mike Aremu releases his 5th Studio Album ‘Sound of the Spirit’ [SOS].
Popularly recognized as the King of Sax and now referred to as King Mike Aremu at his 20th years of musical excellence wildly acclaimed concert in December 2019, KMA shared a sneak preview of the album with the guests.

The Sound of the Spirit album project was Produced by King Mike Aremu himself.

The Sound of the Spirit [SOS] album is a combination of some Mike's original compositions in tracks like Mimo, Not A Man and covers of some of the greatest modern day worship songs including: "Nara, You are Yahweh, You Do Mighty Things, Hosanna and 10,000 Reasons".
Two classic hymns "Great Physician" and "I need You Every Hour" also made an appearance in the album.
SOS is an easy listening, jazzy and spiritual album, Suitable for your quiet time, meditation, studying, working in the office or at home.

Watch Animated Video "Not A Man" by King Mike Aremu


Stream and Download "Not A Man" and the Full SOS [Sounds of the Spirit] album on Google Play, iTunes, Spotify, Boomplay 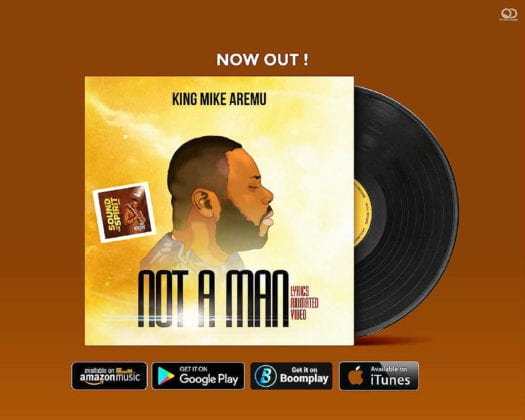