Nikki Laoye releases the live recording for hit single, "None + You = Me" (Live in UK)

Multi Award winning Soul Singer, Nikki Laoye has released the Live version of her hit single, None + You = Me.

Recorded Live at IconTowers Media Studios UK for the Valentine's Night of Love Songs Virtual Concert, Nikki Laoye was beautifully accompanied by the Usual Suspects band as they delivered an unforgettable performance of the classic soul single. 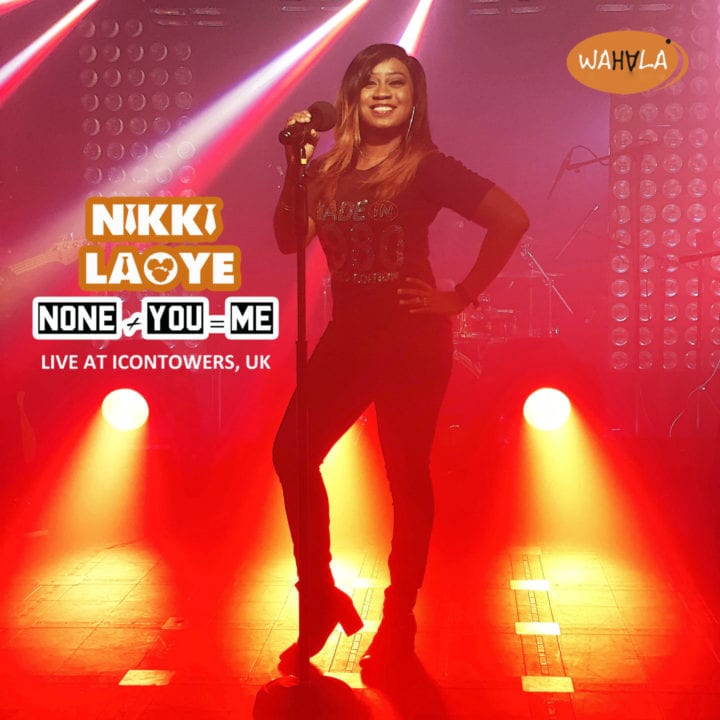 Speaking about the Live Recording, Nikki shares: "It's been over 10 years since I performed this song live at any event so I was super excited to share the live expression of this forever special song once again.
I am forever in awe of God's unconditional love for me and 14 years after I wrote and created this song with music producer, Victor Okon, the messaage remains the same - that GOD IS MY EVERYTHING.

Much love and many thanks to Pastor Fred Williams of IconTowers Media UK for giving me the opportunity to relive the magic of this soulful tune once again and of cos, too much love to the Usual Suspects band
(Stewart Sofiri on keys & Auxilliary Arrangments ; Lopez on Drums; Sonzi on Guitars; Stewart Ezekiel on bass)
Thank you for making great music with me. You Rock."

None + You = Me was originally produced by Port Harcourt based producer, Victor Okon and released as a single in Nikki Laoye's debut album, Angel 4 Life in 2008.
The official music video, shot & directed by Snatcha in the United Kingdom, was released in December 2020.

SING ALONG - GET THE LYRICS HERE