Award-winning Contemporary Christian Artist, Nikki Laoye has unveiled the visuals for the Live Recording of her hit single, "Only You (Remix), popularly known as Daddy's song as Nikki initially recorded the song shortly after losing her dad, Prince Olushola Laoye on the 3rd of August 2011 (He would have been 70 years old - the 4th of August). 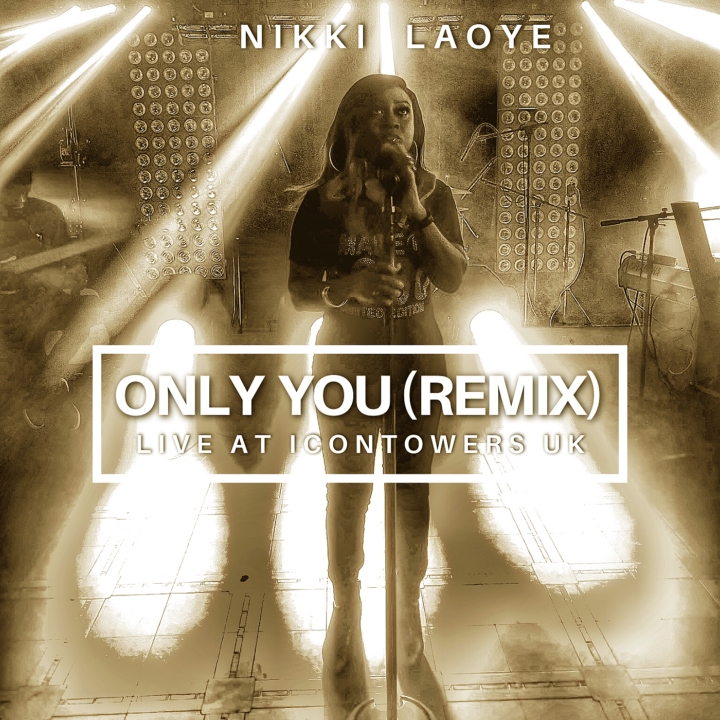 Artwork for "Only You Remix (Live)

A song filled with deep expressions of total trust and faith in God's Unfailing Love, "Only You" was her comeback song in 2013 after her brief 2-year hiatus from the music industry.
The song received worldwide recognition and went on to receive numerous awards including The Headies, AFRIMA, AGMA UK awards, Nigerian Music Video Awards, and many more.

The original version was produced by Rotimi Keys with the Reggae Remix version produced by Wilson Joel.

The Live Recording is now being released in honor of her Dad's 10th-year memorial as she celebrates His Life and God's unending faithfulness to her and her family.

This song would forever be a daily reminder of God's Love and covering over my family and I for indeed He is the Only One who gives us Beauty for Ashes, Who fights our battles, who keeps blessing us. I am forever #DaddysGirl, I miss my Dadda endlessly every day, and Even in the midst of this pain that never ends, I still declare that God is my Unshakeable Rock and His Unconditional Love keeps us going. Big Daddy, Thank you for my Daddy... I Love you both dearly

"Only You Remix (Live)" was recorded at IconTowers Studios in the UK with live band accompaniment by The Usual Suspects band, headed by Stewart Sofiri.

Watch the official Live video recording of 'Only You Remix'

#BBNaija: JMK, Sammie and Maria Have Been Evicted