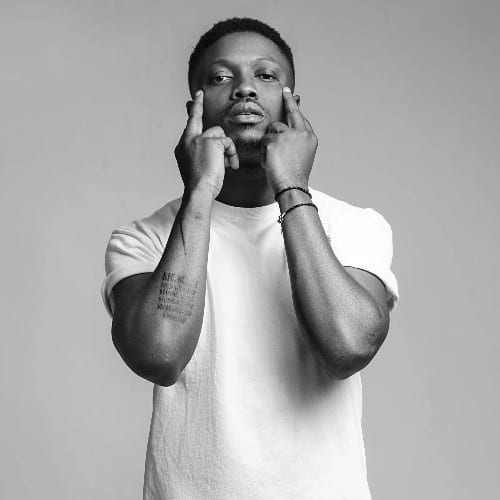 How it all started

Lanre was born in Ogun State, the fourth of five children. He schooled in Nigeria attending Command children school, Ijebu Ode Grammar School, Government College Victoria Island & Saint Gregory’s College. He started his journey into hip hop way back to junior high in the year 1994. In St. Gregory’s College, he was involved in various social activities in which he was made to perform from the stage. In the year 1999, he formed a duo called “Badder Boiz”, and they started writing their own songs and in the same year went on to start performing at showcases as a trio. And with a joined effort they aimed at selling underground music to the surface.

They recorded their first demo series in 1999, and kept on going by attending talent showcases. Vector was going towards the direction of an emcee as his ability to freestyle was made known to the other members of the group. As a group of three, consisting of Vector, Krystal & Blaze, they were together until 2004 when Krystal left the group due to irreconcilable differences. He then attended the University of Lagos, graduating in 2008 with a bachelor’s degree in Philosophy.

Vector released his first official single “Kilode” for the album State of Surprise in February 2010. He later released the video for this single in June 2010. His second official single was “Mary Jane” which was released in April of the same year. The album was released on 29 October 2010 & Executive Produced by Eloka “Culture” Oligbo. It includes 15 songs, Intro & 2 skits. His album featured the likes of 2 Face Idibia, General Pype, Chuddy K, Ade Piper, Emmsong, Sista Soul, and with productions from H-Code, Sam Klef, Da Piano, J-Smith, Xela Xelz, and Vibez Production just to name a few.

He also released a video for the song “Get Down” featuring 2Face Idibia in June 2011. At the Nigerian Music Video Awards 2011, he was nominated for “Best Mainstream Hip Hop Video”. He was also nominated at the 2010 Nigeria Entertainment Awards for “Best Collaboration With Vocals” with the track “Champion” in which he was featured in by General Pype.

He has after then done other songs and has been featured in various songs by notable artists. His 2 singles “Angeli” ft. 9ice and “Mr. Vector” featuring Jazzy, both produced by Sagzy were released on 19 May 2011 and were on heavy rotation on radio stations around the country. The video for “Angeli” was released in October 2011.

Vector released the track “Born Leader”[ featuring Jamaican international Mavado who is under DJ Khaled’s We the Best Music Group. “Born Leader” is Vector’s 3rd single off his second album titled The Second Coming. He also shot the video in Miami, Florida at the exclusive G-Five and it was directed by Antwan Smith. In August 2013 he was featured by Pheelz a producer on a song titled “Popular” which gained major airplay in radio stations across Nigeria.