Who is Omah Lay?

Omah Lay is a Nigerian singer, songwriter and record producer. He first gained prominence in 2020 after his debut single ‘You’ went viral.

Born Stanley Omah Didia, to a family with deep musical roots in Port Harcourt, Nigeria. Omah Lay’s grandfather was a percussionist for the legendary Highlife singer Celestine Ukwu until his death in 1976. His Dad also took up drumming though didn’t reach the heights of his father but he was a local hero.

When was Omah Lay born?

Omah Lay was born May 19 1997, in the city of Port Harcourt in southern Nigeria. 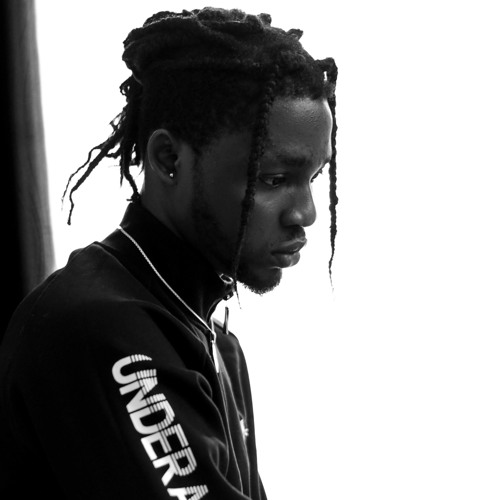 Omah Lay started music as a teenager rapping in the streets of Marine Base as Lil King but then he got bored and started learning how to produce music. He made his mark first on the local music scene in early 2019 as a producer making a couple of records that got massive radio spins in his hometown but he thought he didn’t get the accolades and credit he deserved writing and producing those records; that was when he made up his mind to pick up the mic and do it. In 2019, he recorded and put out ‘Do Not Disturb' and ‘Hello Brother’ and they enjoyed good spins on his hometown radio stations. This caught the ears of record labels and he ended up signing with KeyQaad in July 2019 and left his hometown for the first time and moved to Lagos - The entertainment hub of West Africa.

In January 2020, he teased his Instagram followers with a verse he had recorded and the feedback was amazing so he decided to make the song available for free as a teaser to his official single, that song became ‘Bad Influence’ which went on to garner millions of streams on Digital stores. He then released his official single ‘You’ on the 14th of February 2020 which is deemed by many to be a sleeper hit. ‘You’ put him on some reputable lists of Freshmen to watch out for in 2020 like NotjustOk and Native Mag. The song got a mixed review from Pulse NG who wrote that “the song lacked resonance” though the same article went on to praise Omah Lay as a “master with everything associated with the song’s hook”.

On the 22nd of May, Omah Lay dropped his debut EP which included the previously released ‘You’ and ‘Bad Influence’. The EP became an instant commercial success becoming the most streamed Afrobeat album on Digital stores like Audiomack, Deezer and Apple Music and went on to earn him Apple Music Favorite New Artiste of The Month of June in Africa. On June 7, Omah Lay was interviewed on the then-new Apple Music’s Africa Now Radio by Cuppy where he spoke about the success of his new EP and music influences. On Friday 3rd of July, he was picked as the debut star for Apple’s Africa Rising Campaign which spots talent in Africa and projects them all through the continent and internationally.

Omah Lay’s music is deeply Afro-Fusion – the melody of Wizkid meets the depth of Burna Boy. Omah would always have this to say about his music-making process, “I easily weave through Afro genres but the vibe would always hit me first as Highlife, I guess it’s hugely due to my massive highlife exposure growing up in a music family like mine.” Omah Lay writes and produces most of his records so it would be accurate to say he owns his sound.

His first official single dropped on the 14th of February 2020 and has garnered almost 600,000 streams on all platforms, currently featured on Cool Fm Tastemakers’ chart and Soundcity Top 20 amongst others. Omah Lay has been tipped by Native Mag on their March episode of ‘Fresh Meat’ as an artist to look out for in 2020.

Earlier billed to drop his debut EP ‘Get Layd’ on the 18th of April, the pandemic has caused him to push it back to May 23.