Manchester City began their title defense of the Premier League title with a fantastic fixture against Tottenham. City won the league with style and will hope to win the title again this season. Spurs has a new manager in Nuno Espirito Santo. They will hope he can get them something at least a point against title holders. 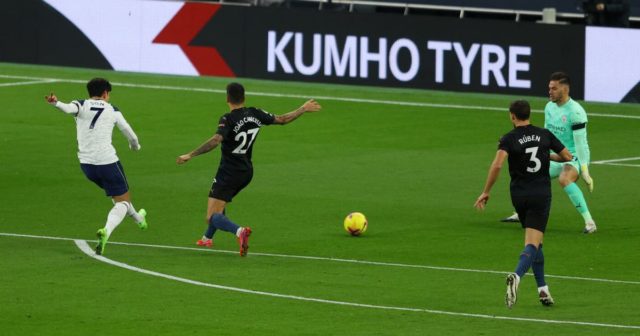 Manchester City started dominating the game from the blast of the whistle. The first chance came in the third minute of the game as new signing Jack Grealish won a free kick in a favorable position, but they did not take the chance as the wall blocked Gundogan's effort, but nothing came from the resulting corner.

The first fifteen minutes was a story of City dominating all the possessions and Tottenham having a coordinated defense. Spurs had the next chance of the game in the 20th minute as Bergwijn took a shot at the goal of Manchester City, but Cancelo was there to block the effort.

The first half ended without goals. Manchester City was resolute, but it was not enough to break down Spurs' defense.

The second half started, the same way the first half ended. Chances were created, but none of them could find the back of the net. Son finally broke the deadlock of the game, taking advantage of a counterattack from Spurs. The South Korean cut the ball in on his right to find the bottom corner beating Ederson in goal.

Guardiola decided to tweak his attack by taking out Mendy and Mahrez and bringing in Zinchenko and De Bruyne, with 12 minutes to go, but those substitutions did not change the game for Manchester City.

The game ended 1-0 in favour of Tottenham. Manchester City plays Norwich next, while Tottenham will play Wolves.