#TOTMCI: Nuno Espirito Santo Explains Why Kane Was Left out of Spurs' Squad

Tottenham's forward man, Harry Kane was left out of the squad that is to play against Manchester City in the biggest game of the opening fixture in the Premier League. There have been speculations around the future of Kane at Spurs since the start of this transfer window. 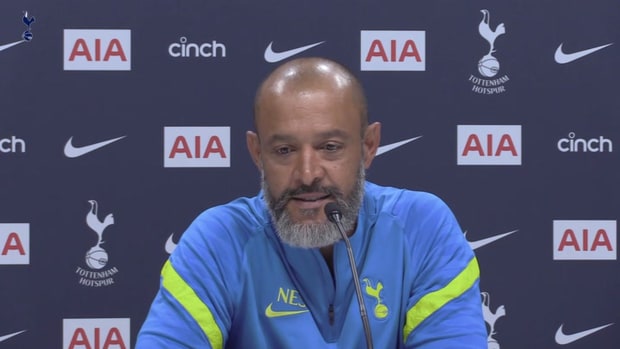 Spurs manager, Nuno Espirito Santo told Sky Sports on Sunday, August 15th, 2021, in a press conference before the game that Harry Kane is not yet fit to play, but the England striker is working hard to get himself ready.

The manager also spoke about other signings that were not in the squad ahead of the game. He said they will join the team when they are also ready as they were involved with their countries during the Olympics.

Harry needs to work. He worked today, and he will keep on working until he is ready for the team.

Players that not had many sessions working with us, it is a different case with Bryan Gil, because he was at the Olympics Games., also for Cristian Romero, but I think for them it is important to be here to see the stadium, the hotel, the meeting, to see all the process we have, it is important.

When he was asked about the future of Harry Kane, if the England striker will remain at the club. He said,

He worked in the morning. I don't know what he is going to do.

The 29-year-old told Spurs at the end of last season that he wanted to leave the club but the chairman of the club Daniel Levy has been adamant that he will not sell his most prized asset.

🗣 "He worked today and he'll keep on working until he's ready to help the team."