Chelsea's manager, Thomas Tuchel,  has spoken about the possibility of the London club signing Romelu Lukaku from Inter Milan. The Blues are looking to strengthen their attack going into the new Premier League season and a player like Lukaku might be the key to unlock their poor goal-scoring form. 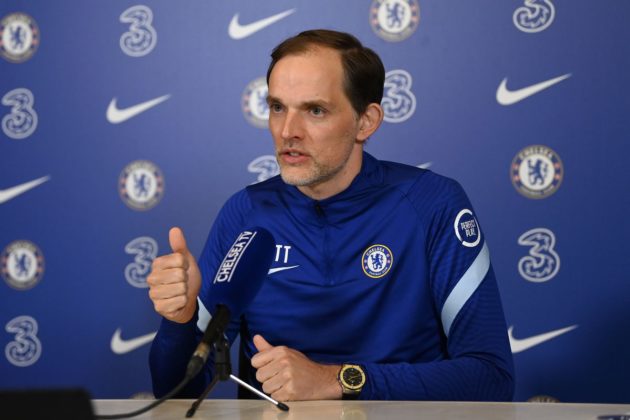 The German spoke in an interview that was conducted by Sky Sports on August 10th, 2021, about how Lukaku is the type of player he needs in his team. He also spoke about how the Belgian can fit into his team perfectly, helping his wingers get into spaces. Tuchel stated that if Lukaku's deal doesn't come through, then he will have to work with the players that he has in his team.

Tuchel also said he will choose not to speak about players from other clubs because Chelsea has not signed him yet and it's not proper to speak of a player that belongs to another club.

He gives us a kind of profile who loves to play with his back towards the opponent's goal, who likes to hold balls, who creates space to breathe for Kai Havertz, Timo Werner,Christian Pulisic Christian Pulisic who love to play around him.

This is a kind of profile that we don't have in our squad right now, that we are looking for. If it is possible to sign it, we will try to sign it. If it is not possible to sign a player, we will find other solutions. It's still not the moment to talk about names because we have nobody signed yet. We will show the respect to all other clubs to not start talking about their players.

The Blues will hope Lukaku's deal will have been completed before their first Premier League game against Crystal Palace on August 14th, 2021.

🗣️ "This is the kind of profile we are looking for"

Thomas Tuchel believes Romelu Lukaku's style is ideal for Chelsea - allowing others to shine around him pic.twitter.com/HeuHho1fLR