Romelu Lukaku has released a farewell message to Inter Milan fans. This follows the exit of the Belgian from the Serie A club to Chelsea. Lukaku posted the message on his Instagram account on Sunday, August 15th, 2021. 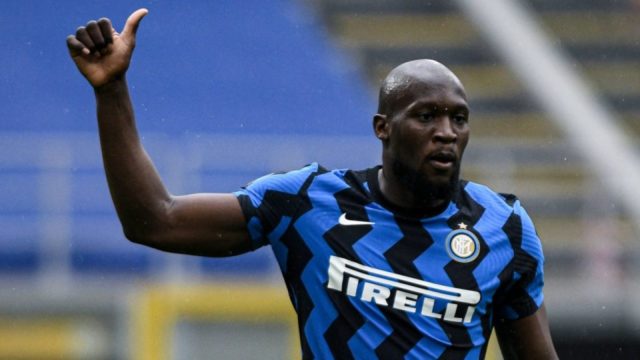 The 28-year-old thanked the fans for the support that was given to him during his two seasons at the club. He also appreciated them for standing by him in the first season, when things did not go as planned.

The forward man also wanted them to understand his decision for choosing to leave Inter Milan, explaining that joining Chelsea was a once-in-a-lifetime opportunity for him.

When I arrived at Inter, I immediately felt that I would do well for this club. The love and welcome I received at Malpensa airport was the beginning of a beautiful story. I decided to never disappoint you every time I wore the Inter shirt. I gave 100% of myself every day in every work out but especially in the games to make you happy.

First season ended the hardest way, but you guys gave me the strength to keep pushing and we did it a a team that's why we became champions. I hope you understand my decision to move to Chelsea. It's an opportunity of a lifetime for me and I think at this point in my career it's the opportunity I have always dreamed of. One thing for sure, I stay interested forever because without you I would not be the man and player I am today. So thank you from the bottom of my heart I love you. Thank you from the bottom of my heart. Always strength Inter. Romelu. 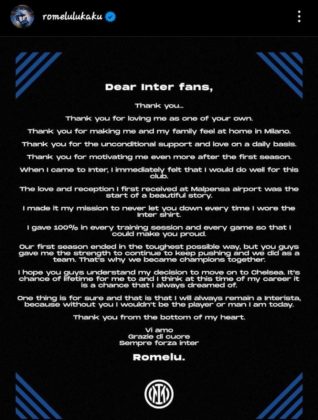 Lukaku was key for Inter Milan last season, as his goals ensured the Italian team won their first Serie A title for the first time in 10 years.

He finished the 2020/21 season with 24 league goals, 11 assists. Making him the highest scorer on the title-winning team and the second-highest scorer in the league behind Cristiano Ronaldo.