Lukaku Reveals Why He Returned to Chelsea | Read

Chelsea Football Club has completed the signing of Romelu Lukaku from Inter Milan. The Blues signed the Belgian for 115 million Euros, breaking the club's record transfer fee. The Belgian will receive 12 million euros plus add-ons as salary per annum. 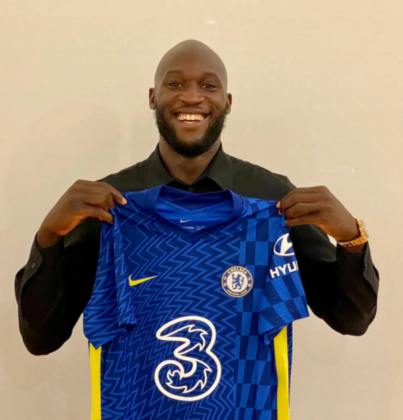 Chelsea is looking to boost their strength in the attack going into the 2021/22 season. The Blues will want to defend their UEFA Champions League title and also push to win the Premier League and other domestic trophies.

The Belgian expressed his excitement on the club's website. He explained what the journey was like for him coming back to Chelsea. He also spoke about the experience he already has on his return to Chelsea and hopes it will be enough to win the Blues trophies.

Lukaku also believes that the direction Chelsea is going towards is one that suits him perfectly,

I am happy and blessed to be back at this wonderful club. It's been a long journey for me; I came here as a kid who had a lot to learn. Now I am coming back with a lot of experience and more mature.

The relationship I have with the club means so much to me, as you know. I have supported Chelsea as a kid and now to be back and try to help them win more titles is an amazing season.

The way the club is going fits my ambition perfectly at 28 and just coming off winning Serie A. I think this opportunity comes at the right time and hopefully we can have a lot of success together.

Since I left Chelsea, it's been a long journey with a lot of ups and downs, but these experienced made me strong and the challenge is to help the team win some more trophies. I can't wait to get started and help the club achieve more success.

This is the second time Lukaku is signing for Chelsea. His first time was in 2011 when he signed from Anderlecht in Belgium, but he could not get his form at the Blues. He played 10 games for Chelsea without scoring a goal.

Lukaku was key for Inter Milan last season, as his goals ensured the Italian team won their first Serie A title for the first time in 10 years.

Lukaku finished the season 2020–21 with 24 league goals, 11 assists. Making him the highest scorer on the title-winning team and the second-highest scorer in the league behind Cristiano Ronaldo.