Bayern Munich Forward, Robert Lewandowski has been named the 2020/21 Best Player Of The Year in Germany, an award organized by a German Football Magazine, Kicker. 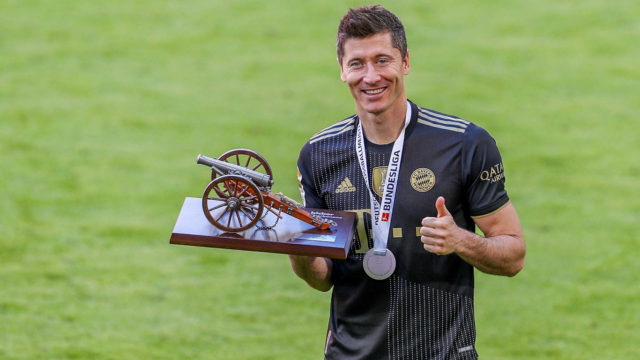 They announced the award on Sunday, July 25, 2021, via the official Instagram handle of Kicker. The Polish striker got 336 votes, his teammate at Bayern Munich, Thomas Muller finished second place with 41 votes.  Also on the list were Erling Haaland, Joshua Kimmich, and Leon Goretzka. 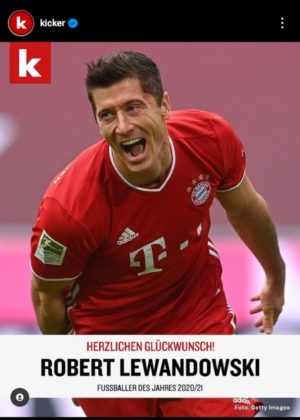 Lewandowski earned himself the award with an impressive performance in the just-concluded 2020/21 Bundesliga season. The Bayern striker broke Gerd Muller's 40 goals record of Bundesliga goals scored in a season by a player, by scoring 41 goals and also leading Bayern Munich to win the Bundesliga for the ninth consecutive season.