Manager of Chelsea Football Club, Thomas Tuchel has been awarded the 2020/21 Best Coach of The Year in Germany, an award organized by German football magazine, Kicker. 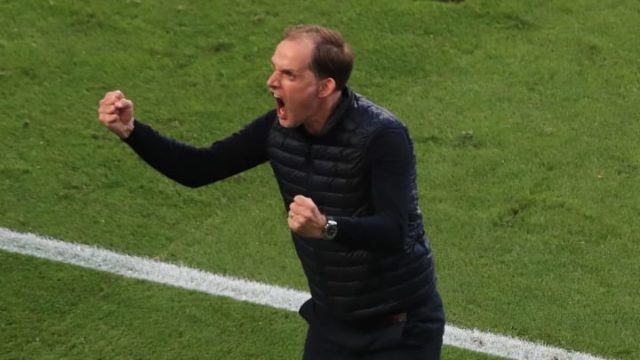 The award was announced on the 25th of July via Kicker's Instagram account with a vote count of 129 for Thomas Tuchel in a category comprising four other coaches including the former coach of Bayern Munich Hansi Flick, Edin Terzic, and two others. 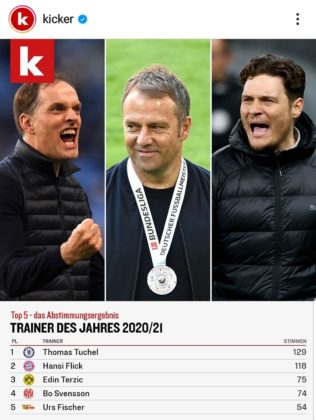 READ ALSO: DORTMUND HAVE NOT RECEIVED ANY BID FROM CHELSEA OVER HAALAND

Thomas Tuchel, in reacting to the award via the official website of Chelsea, dedicated his victory to his players and his backroom staff stating that he truly believes in team effort and not only the players on the pitch. He wrote;

I don't believe in individual awards, I truly believe it is a team effort, not only the players on the pitch. I do not this alone, i do this with my staff, not only with by German and Hungarian staff but all the backroom staff at Chelsea. 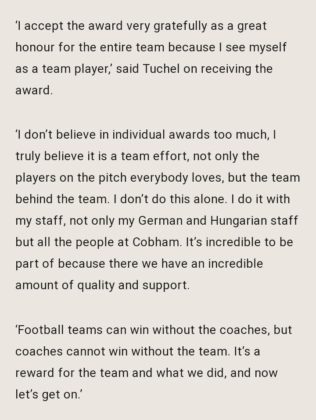 Former Bayern Munich and Champions League winner Jupp Heynckes praised Tuchel for winning the award. He said, ''Only with dedication could he be so successful.''

Tuchel won the award following his exploits at the just-concluded 2020/21 season where he led Chelsea to their second UEFA Champions League trophy and leading the Blues to a Champions League spot.