TRANSFER: Borrusia Dortmund Have Not Received Any Bid From Chelsea Over Erling Haaland

Supporters of Chelsea Football Club might have to wait long as they hope their club will strengthen their striking position going into the 2021/22 football season because of a report from seasoned reporter Fabrizio Romano. 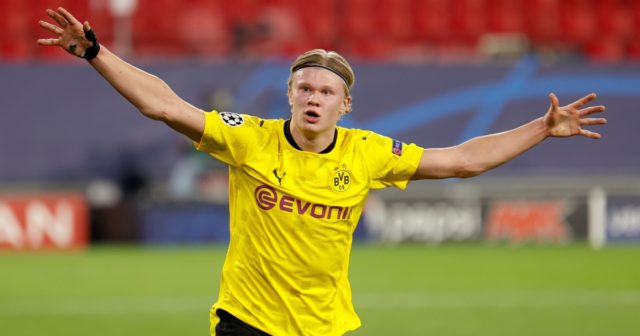 According to Fabrizio Romano on Saturday, the 24th of July via Twitter, Erling Haaland has no agreement with any club. He said;

Erling Haaland has no agreement on personal terms with any club, as of today. But the actual issue to sign Haaland this summer is Borrusia Dortmund's position.

Chelsea has suffered a lot in the attack line following the exit of Eden Hazard to Real Madrid at the end of the 2019/20 season. Despite the club investing so much in Hakim Ziyech, Timo Werner, and Kai Havertz going into the last season to help replace the void left by Hazard, it was not the outcome most Chelsea fans and the board members were expecting from the trio.

Borrusia Dortmund has been adamant in the past weeks saying Erling Haaland is not for sale as he is an integral part of their plan going into the new season. Although there are reports coming in from Germany and from Chelsea camp back in London that a fee of at least 170 million pounds will ensure the transfer sees the light of day.

The 21-year-old Norwegian striker scored 40 goals in 40 games for the Bundesliga club in the just concluded 2020/21 season.

Chelsea emerged 2020/21  Champions league winners beating Manchester City by a 1-0 with a first-half goal from Kai Havertz on the 29th of May 2021. The Blues will hope for another fantastic performance in the domestic league, cup competitions, and in Europe as they hope to defend their title.