The offensive banners targeted at Pogba by PSG fans popped up in the French capital on Saturday, the 24th of July 2021. The Telegraph reported recently that United are expecting an approach from the Parisian club for the midfielder, and this hasn't gone down well with fans. 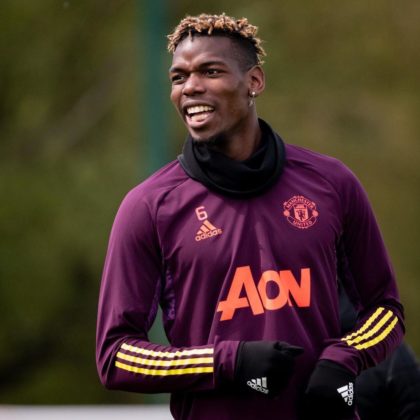 The PSG fans went around their stadium today putting up offensive banners, telling Pogba he is not wanted in their club. They went ahead to say that his mother doesn't want him in Paris, and neither do they. The wordings on the banner which were written in French, when translated reads;

Pogba, you should listen to your mother, she doesn't want you here, neither do we.

It has been a very busy weekend for Manchester United in terms of news. The club finally announced the signing of Jadon Sancho on a long-term contract from Borussia Dortmund. They also announced a new contract for their first team manager, Ole Gunnar Solksjaer. However, Pogba being in the news for the antics of the Paris club's fans is bound to put a dampener on the positive news stories.