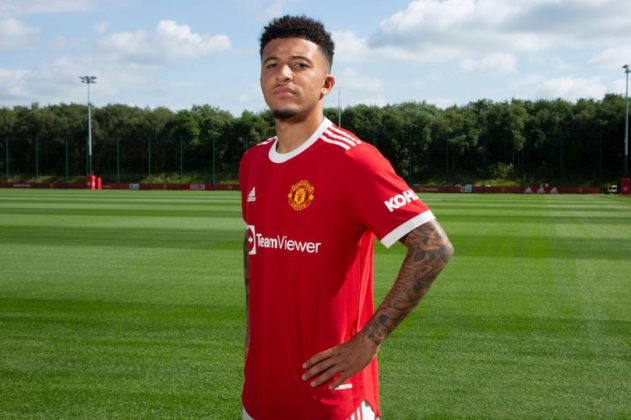 The Red Devils has officially unveiled Jadon Sancho as their second signing of the summer transfer window.

Jadon is due to be off for 3 weeks following the end of the EURO2020 tournament and could make his United debut at Old Trafford in their closing pre-season friendly versus Everton on the 7th of August.