The new jersey was unveiled on United’s official website and social media platforms around 9:00 am on the 15th of July 2021. 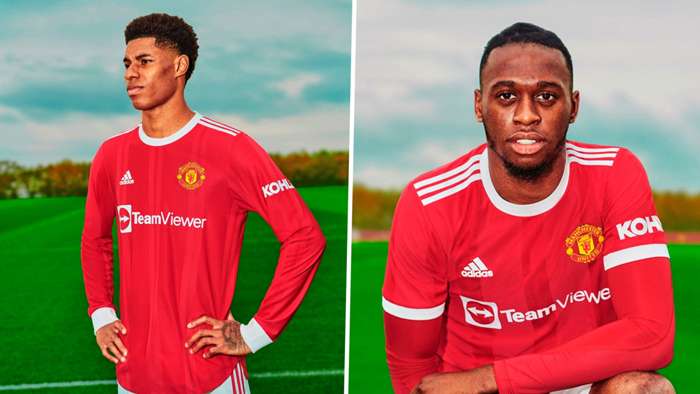 The Red Devils are going to be looking a little bit different from last season when they step onto the pitch as the club has gone for a vintage kit, something similar to the iconic outfits worn during the era of George Best, Dennis Law, and Sir Bobby Charlton of 1960s.

The new gear termed “Past Meets Present” is said to take inspiration from the success of both the great club and their great city, having two worlds collide to create a kit with heritage at the forefront of the design.

Another noticeable switch ahead of the historic club’s 21/22 season will see United replace their former sponsor Chevrolet, the brand they signed a record deal in 2014 with global technology company, TeamViewer. Ending a 7-year contract with the American automobile giant.

In 2018/19 Manchester United had the highest sales of football jerseys in the world at 3,250,000 million units and will be hoping to match those volumes as they make this retouched vintage-styled gear available for the public.

Manchester United players will debut the 2021/22 kit in their Sunday’s first exhibition game against Derby County at Pride Park Stadium. The match kicks off at 13:00 Nigerian time and fans can watch it live, exclusively on MUTV.