According to reports, English side, Manchester United are close to agreeing a deal with Real Madrid French Defender Raphael Varane. 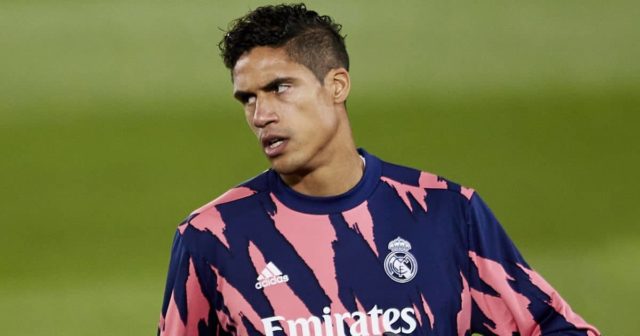 According to the Manchester Evening News, the red devils are hoping to seal a deal with the French star as soon as possible, although Varane is currently on holiday after being involved actively in the 2020 EURO competition for his home-country.

The red devils have been heavily linked with the French star after contract extension talks stalled between his representatives and that of his current club Real Madrid last month.

According to the report, Real Madrid and Manchester United have agreed a fee, reportedly to be around £35m, with personal terms now getting closer to an agreement in the coming weeks.

It has been reported that Varane requested a whopping £200,000 weekly salary from United, which was flagged up as an obstacle that would hinder the progress of the deal. However, Varane, whose team crashed out of the 2020 EURO unexpectedly in the round-16, has now lowered his expectations to below £180,000 so that the deal can go through.

The 28-year-old combative defender no doubt will be a good addition at Old Trafford, making United boss Gunnar Solskjaer make him a major priority, ahead of the start of the new season as Varane would be perfect to partner with Harry Maguire at the back-line.