Poland's silver medalist at the just concluded Tokyo 2020 Olympic Games, Maria Andrejczyk, has actioned her medal. She took this decision to help fund heart surgery for an eight-month-old boy. 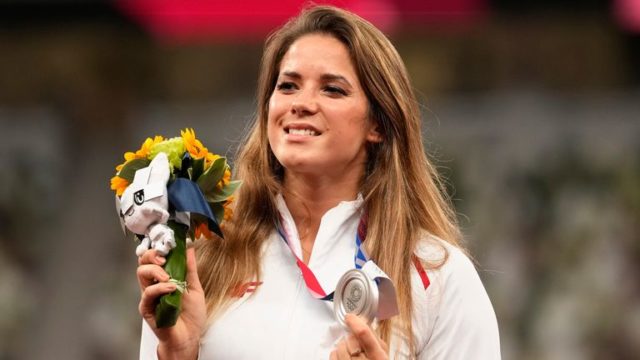 The 25-year-old wanted to raise a fund for the baby who needed heart surgery at Stanford hospital in the USA. The amount needed was 1.5 million Polish zloty, which is almost equivalent to 280,000 pounds.

Andrejczyk hoped that her medal being auctioned will help raise half of the amount needed for the surgery. The Athlete posted on her Instagram page on Monday, August 17th, 2021 that a Polish convenience store had won the auction.

She said with their donation and other contribution the money generated has surpassed the 140,000 pounds she hoped for, with her half a million zloty making a larger part of the sum of the amount when converted as 93,470.00 UK Pounds. She wrote;

The medal I issued last week for Mitoszek was auctioned by @zabkapolska. Together with the donation of Zabka, we have already collected half a million zlotys for Well done darlings. You are here can't Bel thank you for every ztotowka. 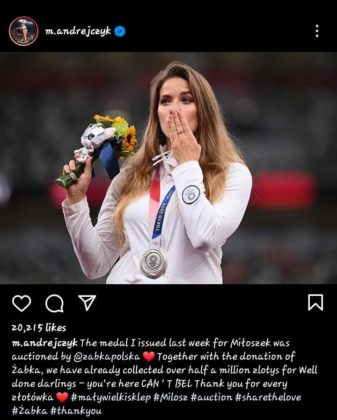 The javelin thrower who came fourth at the Rio 2016 Olympic Games, recovering from bone cancer following a diagnosis in 2018, later won silver in Tokyo 2020.