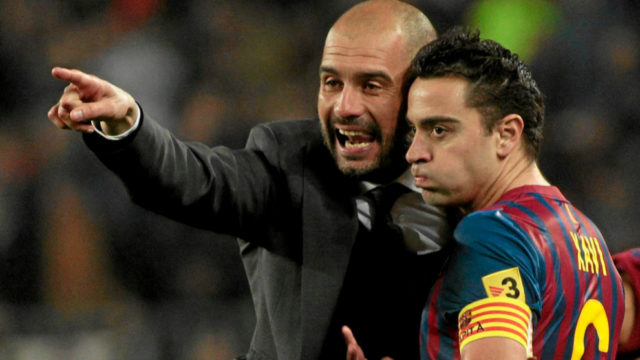 Guardiola who was speaking in an interview, according to Metro UK, said he believes that Xavi's determination will be key to his success at the club. The Barcelona legend was officially unveiled before 10,000 supporters of the club on Monday, November 8th, 2021.

Xavi called on the supporters to stick by the club during the good and bad times, explaining that they are in bad times, financially and during football games.

He knows the club and will bring positive energy, given how he enjoys football and because of his dedication. He always sees the positive side of things. With his class, dedication and effort, I'm sure he'll improve the club's situation.

Xavi was hired to replace Ronald Koeman, who was sacked after defeat to Real Madrid and Rayo Vallecano in the League. Barcelona are currently placed ninth on the league table, with just four wins in their twelve league games.