Manchester City's Manager, Pep Guardiola, has ruled out the immediate signing of Lionel Messi. He made this known ahead of the Community Shield game against Leicester City on Sunday, August 8th, 2021. 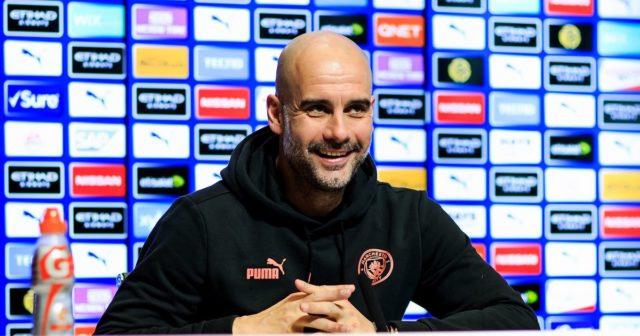 The Community Shield game is a curtain-raiser before the start of a new Premier League season. The match is always between the Premier League winners and the FA Cup winners of the previous season.

Manchester City was the club that wanted to sign Messi last season, but they have since moved on to signing Jack Grealish from Aston Villa and the England midfielder will wear the number 10 jersey.

A BBC Reporter, Simon Stone, who was present at the Press Conference, posted it on his official Twitter account on Friday, August 6th, 2021. According to the reporter, Pep said they already have Jack Grealish, who is also wearing the number 10 Jersey and because they are convinced about him, Lionel Messi is not in their thoughts. 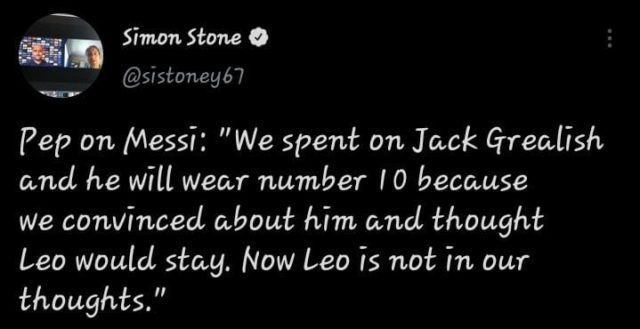 Barcelona announced the exit of Messi on Thursday, August 5th, 2021, stating Financial Fair Play as the reason they could not renew the Argentine's contract.

Messi had since been in talks in PSG over a move to the Ligue 1 club ahead of the 2021/22 season.