Chelsea will be without N’Golo Kante for the next two fixtures after  testing positive to Covid-19 ahead of the Blues second UEFA Champions League group game against Juventus in Turin. The midfielder played 60 minutes in the game against Manchester City over the weekend before he was substituted. 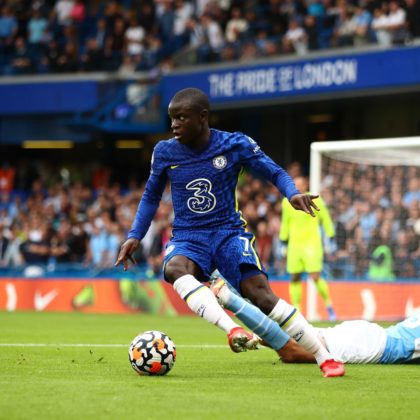 According to reports from Sky Sports News, on Tuesday, September 28th, 2021,  Thomas Tuchel confirmed while speaking in a press conference ahead of the game. He said after the latest round of Covid-19 test Kante tested positive to the virus.

The German manager also confirmed that the Blues will be without Mason Mount, Christian Pulisic and Reece James.

Chelsea started their quest for the UEFA Champions League on a winning note against Zenith on Tuesday, September 14th, 2021 with a 1-0 win with the goal from Romelu Lukaku.

The Blues will hope the unavailability of Kante will not affect the desired result they expect. Juventus will also be without Paulo Dybala and Alvaro Morata.