Mohamed Salah Speaks About His Future at Liverpool | Watch

Liverpool's winger, Mohamed Salah, has spoken about his future at Anfield. There has been a lot of speculations surrounding the future of the Egyptian in the past transfer windows. 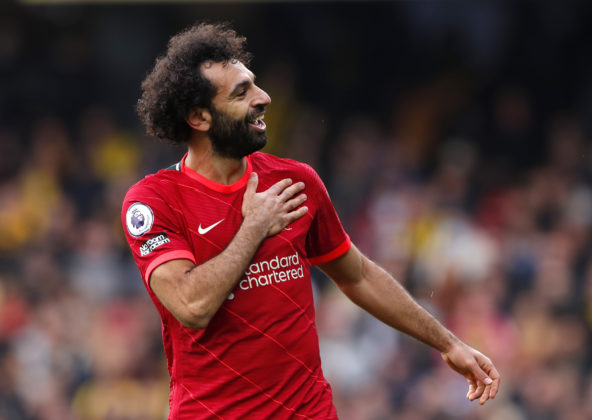 READ ALSO: DORTMUND CONFIRM ERLING HAALAND WILL BE OUT FOR WEEKS

Salah was speaking in an interview with Sky Sports on Friday, October 22nd, 2021 ahead of his club's Premier League game against Manchester United at Old Trafford on Sunday, October 24th, 2021.

The 29-year-old said he wants to stay at the club till the end of his career but that decision is not in his hands.

It depends on what the club wants, not on me. If you ask me, I would love to stay at Liverpool until the last day of my football career, but I can't say much about that, it's not in my hands.

At the moment I don't see myself playing against Liverpool but let's see what will happen in the future.

He is also the first Liverpool player to score in nine consecutive games, he achieved this feat when he scored against Atletico Madrid in the UEFA Champions League on Wednesday, October 20th, 2021.

🗣 "It's not in my hands."#LFC forward Mohamed Salah says he would like to remain at the club for the rest of his career ⤵️ pic.twitter.com/GtaWPd3blW