Dortmund Confirm Erling Haaland Will Be out for Weeks

Borrusia Dortmund's forward, Erling Haaland, has been ruled out for a couple of weeks with a hip flexor injury. 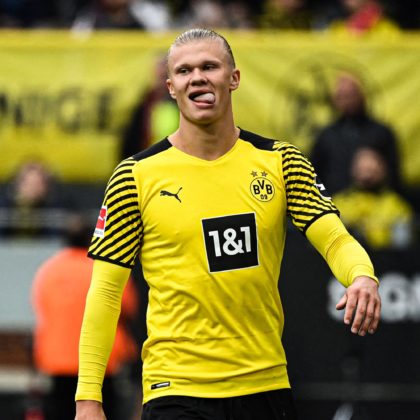 The news was confirmed by the team's head coach, Marco Rose, during his press conference ahead of this weekend's game via the club's official Twitter account.

Haaland made to return to the side last week from a muscle injury, he scored two goals in the game as Dortmund beat Mainz 3-1 to go top of the Bundesliga table.

However, the 21-year-old has suffered a fresh setback ahead of his side's clash with Arminia Bielefeld on Saturday.

Thomas Meunier won't be able to play, Nico Schulz has a torn hamstring and Erling Haaland won't play and will be absent for a few weeks with a hip flexor injury.

Haaland has of course been down. He was happy to be back and still felt good after the Mainz game. 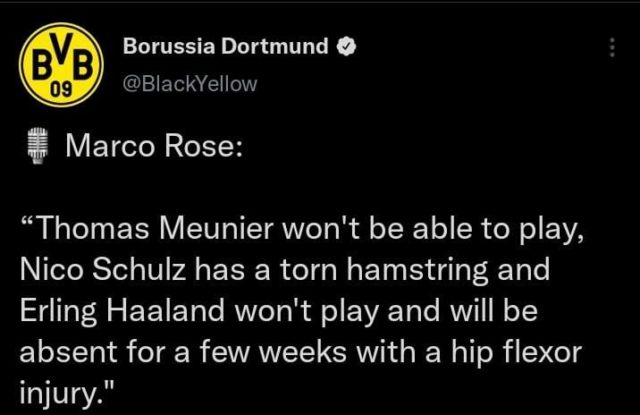 He also missed the World Cup qualifier games for Norway against Turkey, Montenegro and Latvia because of a muscular injury.

The forward player has scored 49 goals in 49 Bundesliga games for Dortmund.